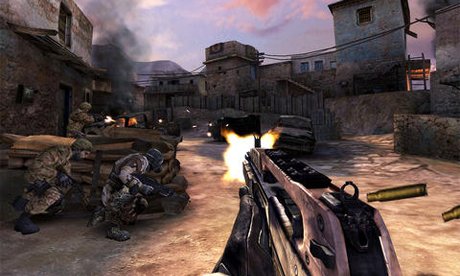 The App Store has updated, so it’s time for another iOS game update. More big name games make their way to the mobile platform, while there seems to be a growing new trend for games. Without further ado, let’s jump right into it.

Call of Duty and Arma Tatics

Call of Duty invades iOS  gaming yet again with the new game Call of Duty:Strike Team. Based on the squad levels in Black Ops 2, Strike Team allows both first and third person game play. Players can command their squad in a third person view to get a better view of the battlefield. The player then can take over control of a soldier, allowing them to run around the battlefield in first person. Call of Duty: Strike Team is $6.99 USD on the App Store with in-app purchases.

Another squad tactic game was release this week. Arma Tatics was released by new App-Store developer Bohemia Interactive, based on the PC Arma series. Similar to XCom: Enemy Unknown, Arma Tatics gives the player control over a four person squad to take out enemy targets. Arma Tatics is $4.99 USD. The release of these two games, and a few others, was enough for the App Store to make a Squad Tatics tab on the games homepage.

Another big week for racing game fans. EA’s Real Racing 3 was updated and 3 new racing games where released. 2K Drive, by 2K Sports, is your standard, run of the mill racing game. The game has excellent graphics and multiplayer racing via WiFi. 2K Drive is $6.99 USD with in-app purchases.

In the new motorcross game Stickman Downhill, players control a stickman on various different bikes, trying to make it down the course in once piece. This game by Robert Szeleney is $.99 USD with in-app purchases.

In Zombie Highway: Driver’s ED, players have to complete scored runs on a zombie filled driving course. Like it’s predecessor Zombie Highway, players can buy upgrades for their car to make it through the course quicker. This game is $.99 USD with in-app purchases.