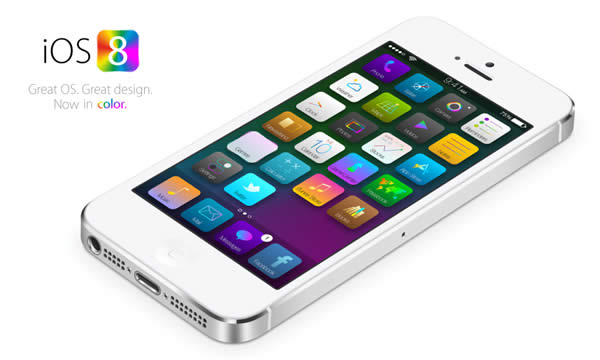 At the Worldwide Developers Conference yesterday, Apple announced iOS 8 for their line of iPhones, iPads and iPod touch products. Apple is boasting this latest software update as “huge for developers, massive for everyone else.” What does this mean exactly? Apple will open up iOS to app developers looking to utilize Touch ID, iCloud, photo editing, the notification center, and many more within their applications. iOS 8 looks to fine tune iOS 7’s foundation while adding even more features that will give users an easier, more streamlined experience.

The big draw for gamers, however, is the unveiling of Apple’s new graphics engine entitled ‘Metal’. Utilizing the A7 processing chip in iPhones and iPads, the engine provides game developers the ability to create console-like graphics for the mobile gaming platform. Apple confirmed that publishers and developers EA, Epic Games, Crytek and Unity have had hands-on time with Metal in creating new games for iOS 8.

Epic Games founder Tim Sweeney displayed an Unreal Engine 4 tech demo on the WDC stage, showcasing Metal’s ability to render particle and water effects through a Zen Garden scene. Apple also showed off Plants vs. Zombies: Garden Warfare running on an iPad, although no information was disclosed as to if and when the game would be arriving to Apple devices.

With Apple giving games a bigger spotlight in iOS 8, it will be interesting to see if Apple will ever step into the dedicated console market with a system of their own.