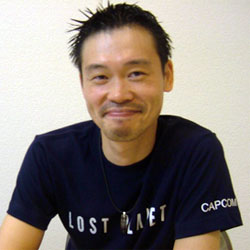 According to Megaman creator Keiji Inafune, the Japanese game industry has only gotten worse. The creative director is known to voice his negative opinion towards the Japanese market and believes the industry is quickly dying out and losing to the Western market dramatically.

In an interview by Gamespot at Pax Prime, Inafune expressed that Kickstarter might just be one platform that could revive Japanese development. He goes on saying: “Ultimately, it’s probably gotten worse than when I was talking about it before. And that’s a shame. But there are options out there. And there are many options that Japanese independent developers can pursue to gain more control, to own their own IP, et cetera. And Kickstarter is one of those fantastic options. And so, one of the reasons why I was interested in doing this Kickstarter wasn’t just because potentially being able to connect with the fans, but also potentially being able to show other Japanese independent developers that there is a way, that there are options.”

Of course, as reported earlier, Inafune and his studio Comcept have launched a Kickstarter for a game called Mighty No. 9. It is titled as a spiritual successor to Megaman and will be a side-scrolling action game. Currently the game was set for a $900,000 bench mark but that stretch goal has already been surpassed in just two days. Currently the project has received over $916,000 in funding with another 29 days to go.

This type of success only goes to show you that Inafune might probably be right. Fans seem to be calling out for a proper Megaman game and with the series’ creator behind the project, we might just be getting that. You can help fund the project here.