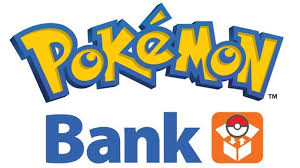 Western gamers will have to wait a bit longer to transfer their Pokémon from previous games to the current X and Y, as the Pokémon Bank has been delayed.

The system was due to be released today in the US and Europe, but after a number of problems affected the Japanese launch of the game, the release has been postponed.  A post on Nintendo’s Facebook Page explained that: “We are currently experiencing a large volume of traffic on the Nintendo Network service.” Adding: “Due to the high traffic, we are postponing the launch of Pokémon Bank and Poké Transporter until further notice.”

Nintendo’s Support Page said the problem is circled around: “Players having trouble setting up Nintendo Network IDs and downloading content in the Nintendo eShop on both Wii U and Nintendo 3DS.”

They finished the post by assuring everyone fixing the problem with the app is their top priority.

The influx of gamers on both 3DS and Wii U during the Christmas period, coupled with this launch saw the Nintendo Network struggle before grinding to a halt. In an attempt to rectify the issues, the app was removed from the Japanese eShop. This means that at this time, users cannot download the app, however, those that were lucky to download it in Japan can still use it.

The European and US eShops now have the Pokémon Bank listed with a ‘To Be Decided” notice, so we may have to just sit tight and wait for Nintendo to work out the problems before expanding our X and Y Pokédex a little bit more.

How disappointed are you with the delay? What are your plans going to be when the app finally materialises for the Western market?

[Thanks also to Serebii]