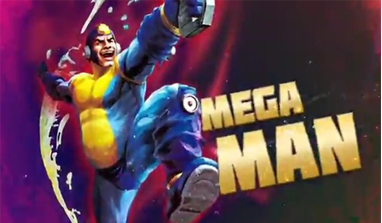 Talk and rumors has been going around the internet that Capcom might be ready to declare bankruptcy any day now. With sales not meeting up to the expected profit margins it seems Capcom is in some serious finical trouble. Which got me thinking what would become of the games we love attached to the studio? My personal favorite Capcom game is the Devil May Cry series. And if the there is any truth to this I’d like to know that Dante will be in good hands in the future? So this leads me to the purpose of this article what would some of Capcom’s biggest names be like under another development banner.

I believe the Gothic Action Hack-N-Slash Devil May Cry would find no better a home than at PlatinumGames. They are a Japanese independent video game development company one of its founding members Hideki Kamiya used to work for Capcom as was he was the director of the first Devil May Cry. Today Platinum is best known for their work on over the top action games like Bayonetta & Metal Gear Rising: Revengeance. These styles of games embody and carry on the very spirit that Devil May Cry jump started all those years ago back in 2001 with its release. The games protagonist Dante is every bit as crazy as the gun totting witch & cyborg ninja. Surfing on rockets done it, freezing time for combos done it, and let’s not forget the time he killed a hot vampire and then turned her into an electric-scythe-guitar that shoots swarms of lightning and bats when he jams on it.

So as you can Dante more than fits the role of his franchise heading over to Platinum and what better man to head the project than Hideki Kamiya himself? After all it was his vision that ensured the first game turned out to be a smash hit that lead it into becoming the king of action games it did even going up against the likes of God of War. I’m sure that with the man who created Dante at the helm along with the talented team of action game developers Devil May Cry would be a match made in heaven for PlatinumGames. 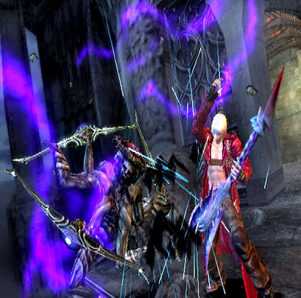 While we are on the topic of Capcom I can’t help but think Megaman would fit in well with the folks at Nintendo. In recent years Capcom has been less than kind to Megaman fans with the constant cancelation of title after title & the utter disappointment Megaman was in Street Fighter X Tekken. What players got was an overweight joke of a character that resembled some very old box art from an NES game.

The first act of good faith fans of the blue bomber have received is having the robot appear in the upcoming Smash Bros title. This version of Megman is the classic version that gamers love across the world. Given the screens of Megaman in the game he just looks like he fits in with the Nintendo vibe and universe. 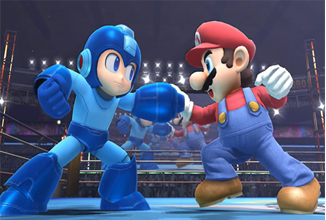 Given Nintendo’s pedigree of excellence a Megaman platformer done in the vein of a Mario title would needless to say is perfection personified for a Megaman fan. The very thought of such a game is really too perfect the style of Nintendo’s platformers are simply a match made in heaven for Megaman. Just like Mairo 64 or Sunshine Megman would explore an open world collecting power-ups, Items, new weapons all with the level of quality and attention to detail that put Nintendo games on the map. These are just two titles that could still have bright futures should Capcom go belly up and have to sell off their assets. The only problem is there is no way of knowing in whose hands these and other franchises will end up in.