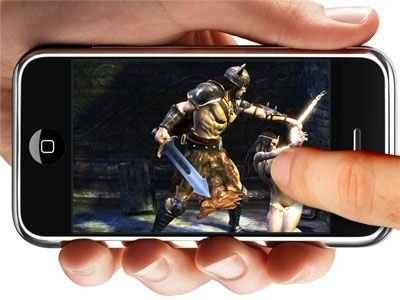 Everywhere you look today, it seems like someone is playing a game on some sort of mobile device. Be it a smart phone or a iPod/iPad, mobile gaming has become increasingly popular over the last couple years. While everyone seems to playing these games, is there a group of hardcore mobile gamers out there? The answer might not be as straight foreward as you think.

Let’s look at the facts first. To date, there have been over 50 billion apps downloaded. While some are the generic “get yourself organized app” or the mobile music maker, I’m willing to be the majority of them are games. In fact, there have been about 1500 game submissions this month alone and a total of 153,385 active games on the iOS app store. I took a quick poll of and found that people who have an iOS device have anywhere from 1 to 25 games on it. With games being the most popular category so far, it is very possible that hardcore mobile gamers do exist. However, this is a big issue. Most of the games on made for iOS are causal, usual just to waste time while waiting for something to happen. Games like Angry Birds, Fruit Ninja and Temple Run have a widespread appeal. The casual gamer is on the rise, leaving not a lot of room for hardcore gamer and their arsenal of game.

Fear not, my fellow hardcore gamers! There is hope. While causal games might run the market, there are some games that appeal to the more hardcore crowd. Games like Infinity Blade, XCom: Enemy Unknown and Magicka bring the games we know and love to a mobile platform. These games are slowly getting more widespread appeal, possibly bringing causal gamers to other platforms. So, to answer to the question do hardcore mobile gamers exist is both yes and no. While the games appealing to hardcore gamers are in smaller numbers, the fact is the casual mobile gamer is quickly on the rise, giving birth to a new type of gamer: the hardcore casual gamer.

Thanks to 148apps.biz for all the data and thanks to everyone in my survey.