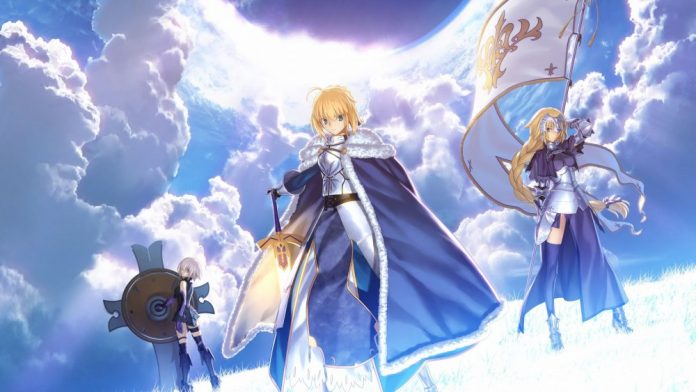 This week has been one of the best for new releases in the App Store in quite some time with games including an English version of the popular Fate/Grand Order, a Final Fantasy XV mobile spin off, and a Futurama city-building game.

Final Fantasy XV: A New Empire has you in hero mode where you can build your own kingdom dominating the realm with your friends. This mobile strategy game allows you to journey through other massive kingdoms gathering magical resources along the way which in turn strengthens your own Empire.

Enjoy the action with Cindy, Noctis and all the other FF15 characters fighting against millions of players about the globe. You can join up with other forces, and compete for the Crystal in this open world with no rules just a bag full of magic, and the will to win.

Futurama: Worlds of Tomorrow is the next Futurama adventure where you can relive the show, and all the madcap characters we have come to love. Fight against alien species whilst exploring new planets on your mission to save the universe.

You can build and then customize your own New York, and also control how the story pans out with your personal choices. There is also a great feature where you unlock new outfits so you can customise Fry, Bender, Leela or any of the other characters you choose to play on in a range of wild and fun outfits.

The new mobile Fate RPG involves multiple character quests and is jam packed with original storylines, and as Earth’s future already looks bleak (expected elimination in 2019,) the disappearance of the promised future of 2017 is not a welcomed add on!

Time travel into the past to protect mankind in this command card battle RPG which has been optimized for smartphones, and become a Master to join up with Heroic Spirits to defeat your enemies and solve the mystery that surrounds the disappearance of human history.

The success of games being optimized for mobile devices is evident when you see how many people use their mobiles in relation to playing on their laptops or computers. The convenience of being able to play whenever and wherever we choose has become vital in our increasingly busy lives. In fact statistics show that computer usage has actually fallen as 20% of millennials go mobile only.

The main reason that computer use is dropping off is because mobile devices champion new types of interaction, and many youngsters don’t even own a computer, instead they totally rely on their mobiles which is why many online sites like Fruity King offer games that are optimized for mobile devices. With a year on year drop in desktop usage it is vital that online gaming sites provide mobile players with exactly what they want.

Sites like Fruity King provide their players with the best possible gaming experience, and are set to do well compared to those sites that ignore the continuing trend of mobile use. Convenience alongside quality is paramount, and those industries that do not remember this will sadly fall by the wayside.