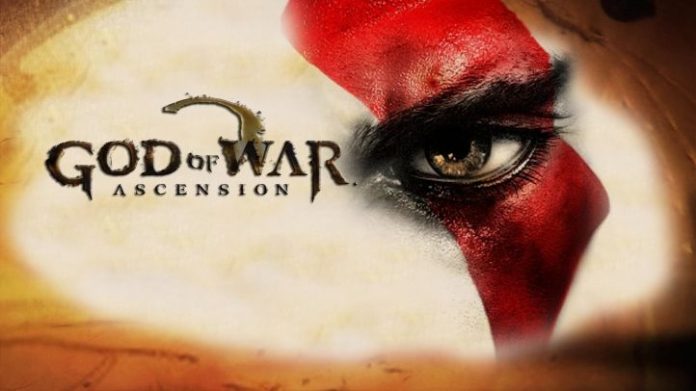 Thrilling is one of the many words that can be used to describe the gameplay and story of God of War: Ascension. Ascension is a prequel to the God of War series and it reveals how everything begun. It goes back to the past, to the very moment of Kratos’ punishment for breaking his blood oath with the god of war, Ares. The story is based on Greek Mythology, as the previous games, and players assume the role of Kratos, a fearless Spartan general who will fight for revenge and freedom; deceiving a god doesn’t seem like an easy chore to accomplish but for Kratos nothing is out of reach. It’s no surprise that Kratos will eventually find his own path towards victory and replace Ares in the Olympus, the only mystery it’s how everything happened: how did a mortal being defeat a divine soul? And that’s what Ascension recites, a revenge story of how a human soldier defeated several mythic deities, granting himself a so deserved ascension towards honor, glory and power among the gods.

Escaping Ares’s Wrath and the Path of Freedom

Ares is presented as the main villain of the franchise; he is the pure source of all evil. In fact, he tricked Kratos into killing his own wife and child. What kind of god would commit such a barbaric act? Revenge consumed Kratos’ will and his purpose to break free became larger every time the deities landed hand upon him. Ares condemned Kratos for eternity, to an endless torture that would serve as example for future betrayers of the mythic kingdom. But to do so, he brought servants to inflict pain upon the exiled mortal, through the hand of three furies: Alecto, Magaera and Tisiphone.

In the Prison of the Damned, Kratos suffers incessant horrors over time but his will to break free can’t be simply overwhelmed and when one of the furies plays loose, he sees an opportunity to escape. A long journey would just be about to begin, the journey of Kratos’ ascension and the very narrative of the whole game. The gameplay of God of War: Ascension starts with Kratos freeing himself from brutal chains, as he fights Fury Magaera. And that’s basically how everything started, Kratos will struggle to leave the prison and break his bond with Ares, definitely. It’s indeed a battle against time and it trespasses the gameplay in many ways, not just in the energetic action battles but also through some tasks and puzzles that must be completed within a certain time in order to progress in the storyline.

The story may seem a little confusing overall but once you start playing and reading the dialogues, you’ll quickly understand the logic behind the events.

Fight or Die: Experience a Breathless and Restless Action

In Ascension, as in the previous titles, action is intense and penetrating, there’s no time for rest and there’s absolutely no place for mistakes. Initially, Kratos simply desires his freedom but as soon as he discovers Ares’ plans to invade the Olympus, he will be determined to put an end to Ares’ fabled reign, for once and for all. But first, he has to break free from the Prison of the Damned, which means he has to fight his way out. Epic battles are in the center of the plot, from minor creatures to major bosses, Kratos will find enemies of every type during his escape. Precision and quickness play a great role in Ascension, as you need to land combo hits and defeat enemies as fast as possible; most of the time you’ll get swarmed by lessen creatures, they may not hurt much alone but when in masses they’ll surely take you down in a few seconds. When facing medium bosses or even the furies themselves, battles become complicated too, since you need to dodge most of the blows while trying to find their weakness in order to shut them down. The game is replete of action and bloody encounters, making this play style undoubtedly predominant.

During your main mission, that merely involves finding a way to leave the prison, you’ll have the chance to explore the surrounding areas in an extremely dynamic environment. To reach secret rooms or zones that seem unreachable, you can move environmental objects such as boxes and cages in order to make enough height to jump from place to place. If you pay attention to the scenario around you, you’ll probably notice many hidden spaces. Why explore? Well, if you’re not convinced by the exciting and trivial aspects of exploring then you may want to adventure yourself for the splendid rewards, which include weapons and even new skills.

A Very Challenging Ending: Defeating Them All

Kratos has a long way until he achieves freedom and a hard price to pay as well. He doesn’t just have to kill the three furies; he’ll also need to murder his truthful ally Orkos, son of Ares who has been punished for eternity as well for not being the warrior his father wanted him to be. Every deity will offer players a spectacular duel with a high immersive level, brutal imagery and a thrilling sense. Defeating the queen of the furies, Alecto, and Tisiphone can be classified as phenomenal; the whole battle has several phases as Tisiphone transforms into an octopus monster creating impressive sea cinematics. This is the last battle of the game and it’s truly epic.

Orkos reveals to be a very important piece of Ascension, without his support, Kratos would most likely have failed to achieve freedom or save the Olympus. Orkos wishes to liberate himself from his father’s influence, so does Kratos, this unlikely alliance will be the end of Ares. However, to break the bond for both characters, Orkos needs to die and it’s exactly how the story departs.