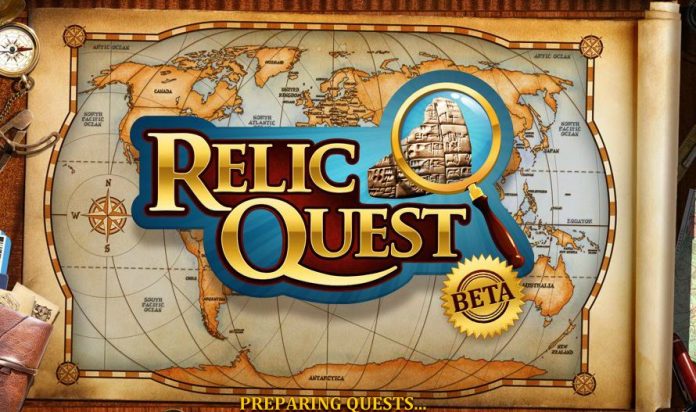 It seems that the biggest trend now on Facebook is to play hidden object games and fortunately we have quite a few titles to choose from. One coming strong from behind is Relic Quest, a game that sends us treasure hunting all over the world, puts us in charge of a museum and has us escaping the mysterious Brotherhood who try to steal our artifacts. With such a premise, I’m sure you’re curious to find out even more about Relic Quest and see if it really is a game worth playing.

I like the fact that unlike other hidden object games on Facebook, Relic Quest does focus a lot on the “hidden object” part of the game and less on the museum management and extra curricular activities, so to call them. And the hidden object scenes come with some additional changes to add up to the experience: apart from the traditional items that we have to scout for and find each time, we do have 3 coins and 3 tool boxes hidden somewhere in the scenes and finding them scores extra coins and items required to build stuff in the museum. The fact that these items are always in a randomized location (as opposed to the traditional items) gives us an extra challenge at no energy cost.

Because energy is very important in Relic Quest and quite hard to get. We start with a bar of 60 energy (allowing us to play a decent amount of 6 scenes), but the wait time for getting it refilled seems like forever, even though it regenerates pretty fast, at the rate of 1 energy per 3 minutes.

The entire concept of the game is as follows: you play hidden object scenes and you earn coins and items from completing them. You use these coins to purchase various items and place them in the museum, which in turn increases the rating of your museum, allowing you to unlock additional scenes to play. It’s a pretty common mechanic of the Hidden Object genre on Facebook, but it does the trick and keeps some sort of a challenge in place even if you don’t have many friends to crush on the leaderboards with your high scores! 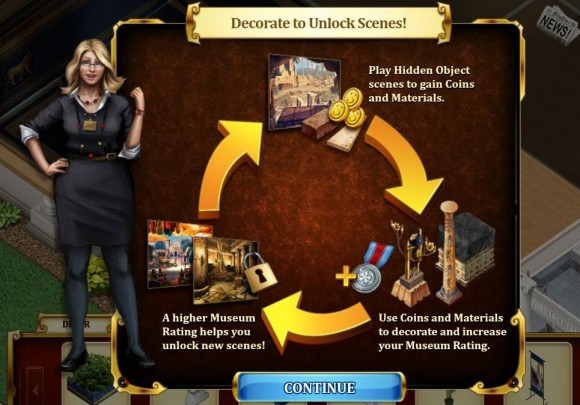 The game does look pretty good and it stands in the more challenging side with items well blended in the background and sometimes really difficult to spot, with the only problem being that on really high resolutions graphics seem to be a bit blurry. But I doubt you’re playing a lot of Facebook games on your 42 inch screen, so you will probably not be affected by this.

All in all, Relic Quest is a really fun game that brings a lot on the table of the hidden object genre, even though it’s not completely spectacular and its story is not an extraordinary one. I personally dislike the museum management part and would love to focus on the hidden object scenes only, but for those who have no problem with extra activities, Relic Quest will actually be a great choice of a game.

You can head over to Facebook to give Relic Quest a try and let us know what you think about it. Until then…