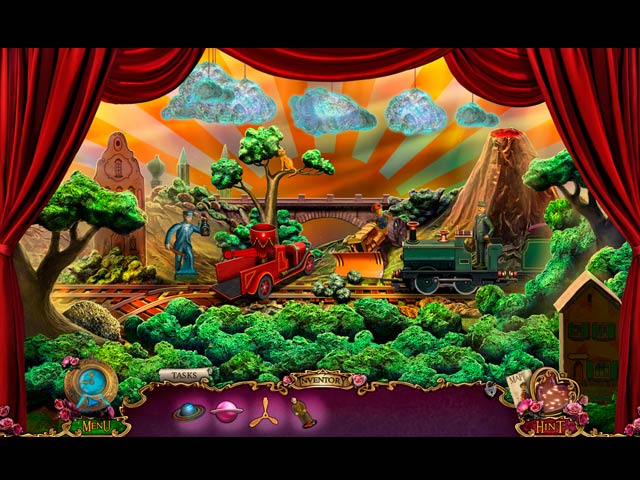 Big Fish Games is offering today a brand new exclusive title, Haunted Train: Frozen in Time. We’re talking about a hidden object adventure game with some great, colorful graphics and a story that will keep you hooked all the way to the end, even though initially it doesn’t look like much.

Here’s how the story goes in Haunted Train: Frozen in Time: “Olivia has been living happily with her husband Daniel aboard Charon’s mythical train of souls as they fight the evil souls who threaten the world. But it’s been three days since Daniel went chasing after the thief who stole Charon’s most powerful artifacts: the chronometers, watches that can stop time itself. Armed with the last chronometer, now only Olivia stands against this thief’s ultimate power. Explore the small town of Farrington to find the thief and rescue Daniel. Uncover the thief’s plans and master time to save the people of Farrington, before it’s too late!”

This game is perfect for players who don’t have a vast experience with the hidden object genre or for those moments when you don’t want an insane challenge – just a nice story to follow, some good graphics and easy minigames and hidden object scenes to complete. For those times, I think that Haunted Train: Frozen in Time is perfect.

I would personally advise you to get the regular version instead of the Collector’s Edition – and you can find it here. Have fun!