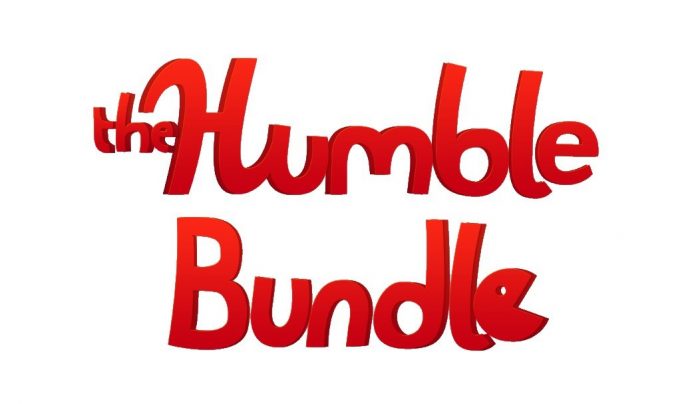 There has been a narrative among the gaming press, and media in general, that gamers often fail to represent the best in humanity. Whether offensive online players or overly violent storylines, a few rotten eggs have degrades views toward an inoffensive majority. The opposite exists too, people and organizations that work for the betterment of gamers and even humankind. These projects deserve to be recognized for their tireless effort toward bettering society and gamers alike. That’s what Gaming for Good is about, pointing out organizations that benefit everyone involved. For the first entry, the spotlight is on Humble Bundle.

Humble Bundle began in 2010 with The Humble Indie Bundle. The creators, composed entirely of Wolfire Games employees, compiled the games after inspiration struck during a Steam sale in which World of Goo was sold for a purchasers choice price. The group, headed up by Jeff Rosen, shopped the idea around to a few contacts in the indie game community. Those contacts took a risk, taking part in the crazy scheme to sell indie games for dirt cheap. The craziest part? Rosen and crew decided that not only would purchasers decide how much, but to who the money was given. Those who partook could select between the developers, charity (In this case Child’s Play and EFF), and humble bundle itself. The default was set to give each group 33 percent, but users could distribute their contribution down to the cent. The first batch of games were lesser names than the blockbuster titles we see today, consisting of Aquaria, Gish, World of Goo, Lugaru HD, Penumbra: Overture and later Samorost 2. The games were available for download straight from the Humble Bundle website, and worked on Windows, Mac and Linux. The first Humble Indie Bundle raised over one million dollars, with over 360k of that going to charity. Immediately following the success, Humble Bundle Inc. was formed in San Francisco to help produce the bundles on a regular basis. Since then Humble Bundle has grown well beyond it’s founders original dreams. 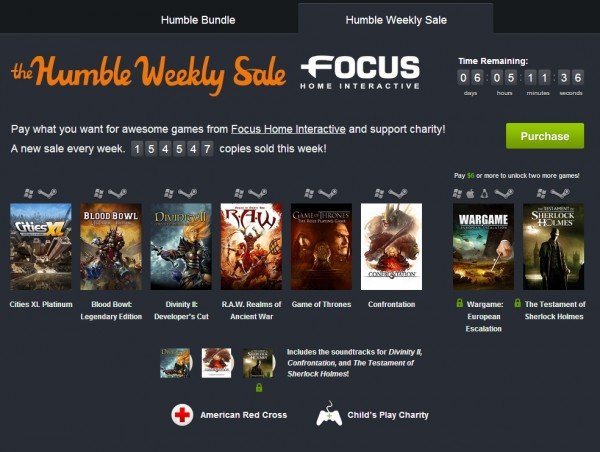 The Humble Bundle we see today is a very different place than that created shortly after the success mentioned above. Humble now offers an online storefront for indie developers to distribute their games, a weekly deal, a new bundle on a regular two week basis, and often a special bundle that consist of books or comics. The storefront does multi-week sales offering deep discounts to a gigantic library. The company also instituted an ingenious method within the regular bundles for keeping revenue up. While half of the bundle can be bought for a dollar, the entire thing requires purchasers to beat the average. The average starts at around four dollars for most bundles, and as people continually beat the average it rises. This causes the average to become more and more expensive, meaning the quicker you are, the cheaper the bundle. The group began throwing in soundtracks and art books as added incentive, and saw record breaking purchases with each new bundle for over a year. Next came the comic and book bundles, where Humble partnered with independent authors to sell their work in the same manner as other bundles, still supporting charities along the way. The comic bundles feature big names such as Image, and allow users to download them in a number of formats. The weekly bundles began in Spring 2013, offering a specific genre or developer’s titles with tiered purchasing options. These different purchasing options – the storefront, weekly and regular bundles – work together to make an almost unheard of savings cache for anyone who wants to partake. 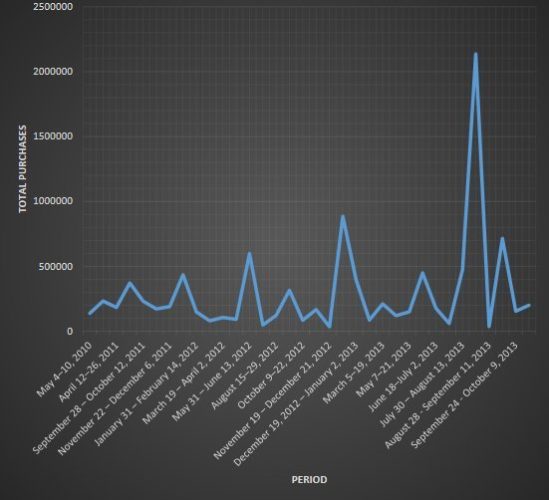 More recently Humble began teaming up with these specific AAA developers to offer deals on a suite of premium titles. These started with smaller publisher’s like Frozenbyte Games back in 2011, offering many games in it’s catalog as a bundle. The more recent bundles have seen giants like Double Fine, THQ, Deep Silver and EA/Origin putting their games together. These bigger names garner more attention, and to date the best selling bundle, with over 10 million in sales, is EA/Origin’s which featured gigantic titles such as Dead Space, Dead Space 3, Mirror’s Edge, Crysis 2, Burnout: Paradise, Medal of Honor, Battlefield 3 and The Sims 3. With blockbuster bundles like this, no one ever knows what Humble Bundle will do next, and where they will ultimately go.

Now while these discounts may be the best part for us gamers, Humble Bundle has also continued their efforts in supporting charities. Four years after Humble’s beginnings they have gone on to see more than 50 million in sales, with over 33 million (as of January 2014) going to a variety of charities. Since the first bundle supported EFF and Child’s Play, Humble has gone on to support The American Red Cross, Doctors Without Borders, Watsi, SFWA, Charity: Water, American Cancer Society and many more. It may not have been their original intent, but a group of gamers is making a difference for the better. 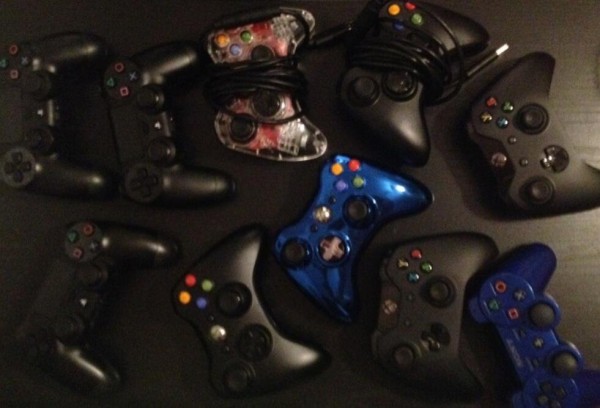 That’s why Unigamesity is taking some time to slow down and appreciate those who make gaming and gamers look better. Those that work hard for others should be rewarded for their efforts, which benefit everyone involved. Humble Bundle fits the bill when it comes to helping everybody out, offering deals and helping those who are struggling at the same time. But, Humble Bundle isn’t the only awesome group out there. If you have a favorite group of gamers who are doing their best to make a difference, then please leave their name and some of their work in the comments below and they may just be our next spotlight.