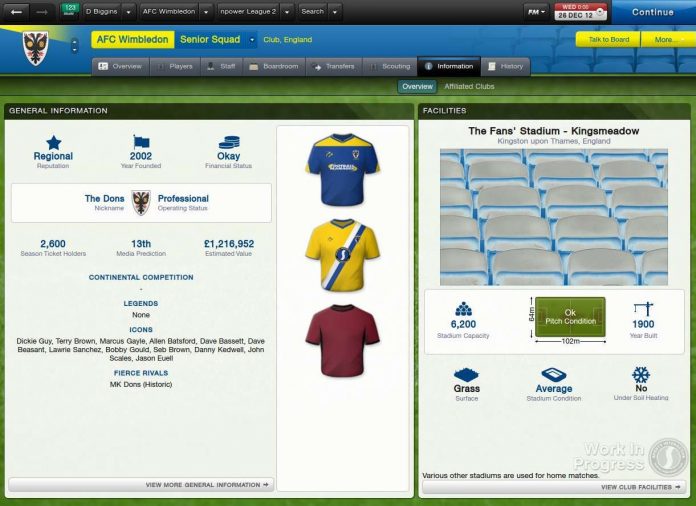 Unfortunately, it’s not something extremely big for the long running fans, like a release date or a screenshot or something, but it’s still pretty big: Football Manager 2014 will allow cross-platform play! We’re talking here about the PC, Mac and Linux platforms (so no consoles if you were somehow expecting it), about which Miles Jacobson said on his Facebook account:

“If you have a MacBook, Windows laptop and Linux desktop (for example) you’ll be able to play the game on each of those machines via Steam.” He also added: “For the more technically minded, the flavor of Linux we’ll be supporting is Ubuntu 12.04 (LTS)”

So you buy the game once and you can play it on any platform (or all if you so choose). I am not actually sure if this can be considered good news by many, but certainly Sports Interactive know better and considered this a must. Hopefully they consider completely revamping the match engine in Football Manager 2014 a must too.