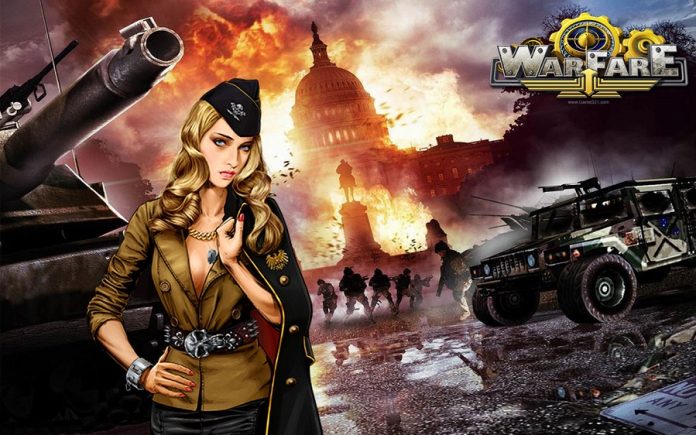 Today NGames have announced a new free-to-play strategy-simulation game called Warfare. The game takes place in a near future in the aftermath of World War III and it is said to contain gameplay that is “unlike traditional war simulation games”.

NGames reports that the player will have to specialize their armies, in three different areas: air, land or sea, before choosing between four countries to play as: America, Germany, China and Russia. It is also said that the game will contain a “robust and flexible combat system” sporting four soldier-types (Heavy, Ranged, Assault, Assist) as well as three different unit-types (vanguard, center-guard rear-guard). But it doesn’t end there – the player will also be able to hire generals based on historical figures to lead their armies to victory.

Warfare is completely web based, and is currently preparing to enter it’s beta phase with no date announced other than “coming soon”.

The games official site can be found here.