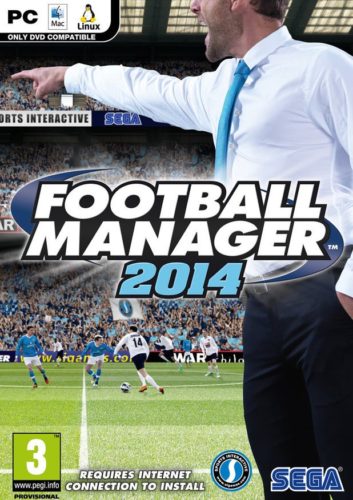 So the news has finally arrived. The long awaited release date for the newest installment of the Football Manager franchise has been set. October 31st, mark it on your calendar and let your significant other know that you may be gone for some time. If any game series has come close to destroying my marriage it must be this one. I took a look at how many hours i had put into the series since i bought FM2009 through steam all those years ago and the total came to (drum-roll please….) 1854 hours. And the winner from the 5 games that make this total was FM2011 with 567 hours of game time. I hope this gives you some insight into my love for the franchise and with it, the equal measures of fear/excitement that surround its imminent release.

Lets get the fear out of the way first. Match engines. Rarely has an FM game been released without stinging criticism towards its “new and improved” match engine. Never more, in my opinion, than FM2013 which received a tonne of negative feedback from even the more hardened fans. This was not without good reason i might add. The release version of the game was buggy. After a certain move it was often easy to predict exactly what action would follow (usually an equalizer for the opposition). This added a level of frustration to the game that made picking teams/formation feel arbitrary and almost entirely alleviated any notion that you could impact the outcome of the game. And as always there was a formation that on average seemed unfairly favored by the match engine. Most of this was addressed quite early on, and once you found a formation/style that limited the game breaking bugs it was a very enjoyable game (446 hours so…). But the point is that on release you shouldn’t have to strive to find a way of playing that cuts out the bugs…. the bugs shouldn’t be there in the first place! Sadly some bugs couldn’t be worked around, such as the constant stream of injuries at the start of the season. This happened on various loads and was not linked to pre-season routine (trust me, i tested this!). So when someone speaks of fear/anxiety towards an upcoming FM release i can, with confidence, predict that it is centered around the match engine and/or the game-breaking bugs!

But lets just forget all that, clean slate! What has been improved from FM2013? Well, this list is allegedly 1000 changes strong and in all honesty, there is a better formulated rundown at the official website. What i will do instead is pick out some of the changes i believe to be game changers. Right off the bat the new tactics system excites me. There is more emphasis on individual players and on how you can tweak their positions/play style to get the best from them and to better serve the team. It also, very kindly i might add, shows you when you are placing conflicting instructions. This could well be a move to make the tactics somewhat idiot proof so that the more intricate elements of the game are accessible to a wider audience. In all honesty, it’s a smart move and one that now they have implemented it seems insane that it hadn’t been introduced sooner! But all in all a finer tuned tactical system is a great way to encourage players to build their very own playing style. This makes it that much more satisfying when you battle it out against the formidable AI, or if you’re feeling really brave, other humans!

Next up is the increased interactivity. This applies not only to the board room, which has seen a steady improvement through the years, but to the players and other staff too. I wish i could write a long piece on the importance of board interactions and to then flow seductively into the finer nuances of player management through praise/encouragement. However, anyone reading this will likely be well aware of all of this guff so i should save you the bother. What i am actually very excited about in terms of new interactions is being able to get your players to fire those greedy, conniving, backstabbing agents! This, in my opinion, is a wonderful new feature. So many times playing the game i have hit a brick wall with a player due to breakdown in relations with the agent. Now finally i will have a chance to get the last laugh! I am really looking forward to seeing how these interactions play out and really feel as though it could be a very rewarding addition to the game.

The last piece i want to touch on is the ability to share all kinds of new content through the steam workshop. Custom content for FM has been a relatively unused commodity so far and is limited to tactics, picture/logo packs and skins. Even those were only accessed by a small percentage of people who buy the game. Now though, everything will be readily available through the convenient portal that is steam workshop. As if this prospect wasn’t good enough Sports Interactive seem so committed to this direction that they have created an entire challenge editor with which to make and share challenges with friends or anyone else who fancies giving it a go. It’s also worth mentioning that this FM will be available from the get-go on Linux, which in my eyes just means you’ve opened up the FM community to even more creativity and modification potential.

So those are the big 3 factors that have been buzzing around my head since the information has been released. I could go on and mention any one of the plethora of other features that are being included, but if after reading this I’ve peaked your interest then i encourage you take take a look at the Football Manager website, or any of the fan-sites for that matter. In some ways i think it is best to discover the rest of the game for yourself and discover what you find exciting. So far they have done enough to keep my custom, and i hope to write a lengthy article just as soon as they find someone to pry me away from the game following its release!