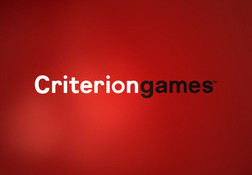 In a number of tweets by Alex Ward, creative director at Criterion, it was revealed that the experienced racing developer has now been reduced to a staff of only 16 people. Most of the staff, about 60-65 people, have moved on to form a new label called Ghost Games UK within Criterion itself. The decision behind this dramatic change is for creative reasons.

Criterion have no upcoming titles announced as of yet, and it isn’t clear on what the developer could be working on. It’s anyone guess at this point. Ward however, naturally, was asked if Criterion feels weaker or more vulnerable now that they have an extremely small team. Ward replied by saying: “Not at all. We are backed by a huge and successful wider company, Electronic Arts.”

Criterion are well known for their long running Burnout series. The latest game in the series, Burnout: Paradise, was met with great critical reception and commercial success. EA officially picked up the developer after Paradise and they have since been working on Need for Speed games. Their Need for Speed library consists of Hot Pursuit and Most Wanted; both critical and commercial successes.

Whatever Criterion is up to now, I’m sure it’ll be quality.