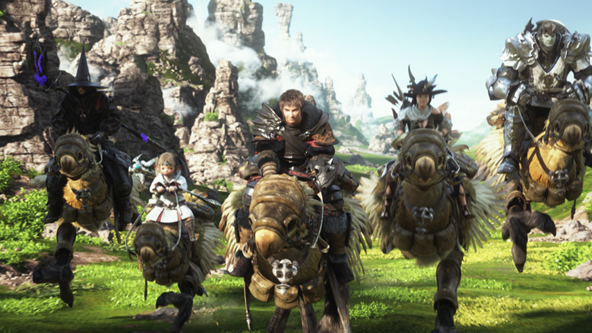 Square Enix announced the second closed beta testing.phase for Final Fantasy XIV: A Realm Reborn, which has started today on PC. In the following weekends, players will be able to explore the game and its unique features, as the company has stated:

Running across weekends throughout April, those lucky enough to get into this early beta phase will be able to explore the rich forest environments of the city state of Gridania, with new features such as PC gamepad support and personal Chocobo mounts, as well as brand new Full Active Time Events, now joining the beta fold.

Final Fantasy XIV: A Realm Reborn will display stunning graphics and present new gameplay possibilities. The game has been completely remade from scratch and is centered on the core concept of rebirth.

A third closed beta phase is currently being prepared and scheduled for this summer. The third phase will be extended to PS3 and new content will be added.

The second beta testing phase is still open and players can still submit their application to become a beta tester.