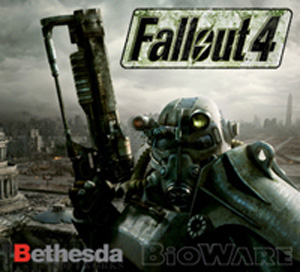 Despite incredible fan anticipation Bethesda isn’t ready to announce Fallout 4, or anything for that matter at this year’s VGX. Bethesda’s VP of PR and marketing, Pete Hines took to twitter to address recent rumors, “No, folks. I am not going to VGX. Bethesda is not showing/talking about anything at VGX. Just some PR meetings in LA. Take deep breaths.”

As reported several times before, a wave of rumors and teases have appeared around the web that have suggested a potential Fallout 4 announcement coming sometime in December. Currently, teaser site TheSurvivor2299.com, which heavily teases a new Fallout game has a countdown clock that will expire on December 11. But the site does have some authenticity issues that leave room for doubt. Bethesda has a history with announcing games at VGX (which was formerly known as the Video Game Awards). The developer and publisher revealed The Elder Scrolls V: Skyrim at the event a couple of years ago, so there was ample room for reasonable expectations.

Fallout 3, which made its debut back in 2008, is heralded as one of the best titles to release this past generation. The game won several awards, including Game of the Year and has sold exceptionally well. We should definitely expect Fallout 4 to be well in development, it’s just a matter of time when Bethesda is ready to share its work.