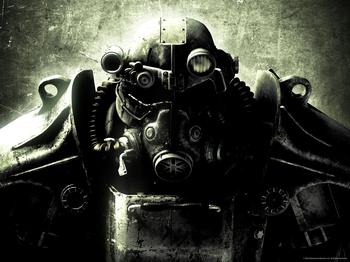 Update 1: The mysterious Fallout 4 teaser site has received an update. TheSurvivor2299.com site now includes the phrase “Nuclear winter has come”. The site also contains several new words now, but still has the same timer that is set to expire on December 11.While the site does seem compelling enough to deem an official site for the game, there are several problematic theories that can suggest otherwise, which can be read below in the original story. Nevertheless, we’ll find out the truth in a little over a week.

Original Story: Bethesda Softworks have officially filed a trademark for Fallout 4 in Europe. The registration was discovered on the website of the Office for Harmonization in the Internal Markets, which happens to be the official trademark office for Europe.

This follows the teaser site recently discovered by Reddit users just a few days ago. The site is registered to Bethesda’s parent company ZeniMax Media Inc. Titled TheSurvivor2299.com, the site was registered under GoDaddy.com, which is very unusual for ZeniMax as they almost always use their own DNS servers (ns1.zenimax.com). Bethesda declined to comment whether or not they own the site.

The website contains a count down to December 11 in morse code, in which Reddit users were able to decipher. The site also contains a strange symbol that’s reminiscent of Fallout’s aesthetic design, accompanied by a strange beeping sound. Of course this all might just be a cruel joke on fans, who have been begging for a proper Bethesda developed Fallout game since Fallout 3’s immense success.

If Fallout 4 were to be announced, chances are that the game will most likely be exclusive to the Xbox One, PS4, and PC. Next-gen consoles would allow Bethesda to forge a more ambitious experience that can easily top both Fallout 3 and Skyrim.

The PS4 was recently released in North America on November 15 and will make its debut in Europe on the 29th. The Xbox One will launch on November 22 globally. Fallout 4’s potential announcement will no doubt increase demand for both consoles.