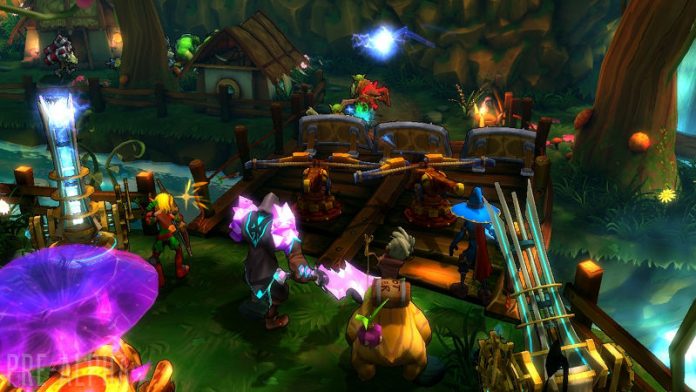 Trendy Entertainment today announced that they were working on Dungeon Defenders II, a sequel to their 2011 hit Tower Defense game. The developer announced that the new iteration in the series will have two gameplay variants, which will be released separately from one another.

Cooperative mode is a true sequel to the original game and is intended to build on the RPG Tower Defense gameplay, with more tower types, loot and heroes in the works. The cooperative mode of Dungeon Defenders II will also feature a 24 player overworld. More information on this mode will be unveiled on March 22.

The second mode is called Competitive, and is a MOBA style game in which players must compete in teams of five to defend their towers. Trendy stated that while they’d trialed various PvP modes in Dungeon Defenders, none of them had really fit the game. Heavily influenced by the hours of League of Legends that the team had played, they came to the conclusion that a MOBA style game would fit Dungeon Defenders II like a glove:

The competitive mode will utilise a F2P model similar to League, with a weekly roster of free heroes. Players can also purchase a hero using in game currency, unlocking them for both the competitive and cooperative modes. 24 heroes will be available at launch, with more promised to follow.

Trendy intends to bring their own concepts to the MOBA genre as well, and as such the competitive mode will feature persistent hero levels and items that will be carried across from game to game. Any items or abilities unlocked in the competitive mode may also be used in cooperative. The item system has also been simplified, which is intended to make the game more accessible for newcomers as well as shortening match times. 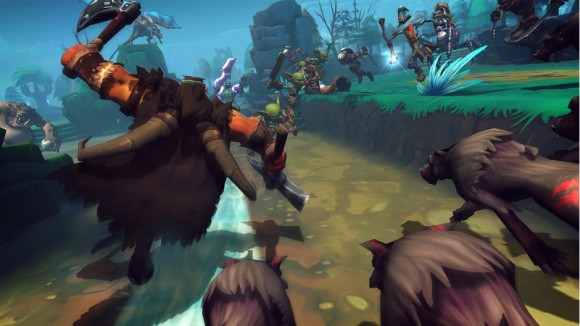 Competitive mode will be released first, as Trendy wish to prioritise the balance and matchmaking of the game before moving onto the PvE side of things. As such, those interested can sign up for a chance to get into the closed beta for competitive. Those going to PAX East can also try it out there.

Dungeon Defenders II will be released for PC and mobile devices late 2013 or early 2014.