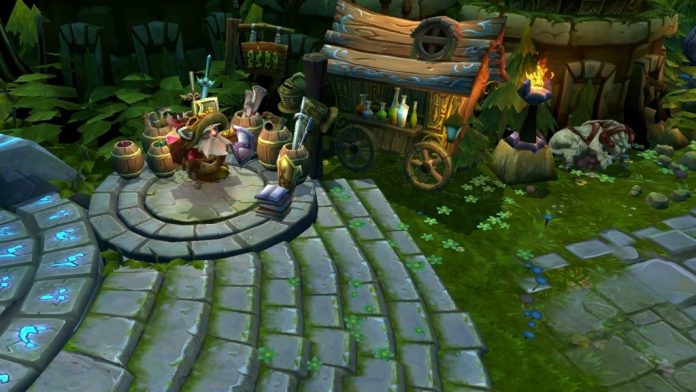 League of Legends developers have made it their mission to start updating some of their old, less graphically impressive champions, completely changing their animations and skins, most recently this has happened to Karthus as part of the last update. However Riot recently revealed their biggest visual update yet, completely updating Summoner’s Rift.

The update will include updated visuals on the entire map including minions, turrets and also jungle monsters. A teaser video released by Riot (which can be seen here) showed new jungle monsters such as ‘Gromp’ which will replace the Wight along with an updated Dragon with impressive animations. This video does not mean that the map will definitely look like that; anything released onto the PBE is tentative and subject to be changed as Riot believes will work best for the game and for the community.

“It’s nearly time to push a big update out to PBE and we want to provide context on what’s around the bend. As some of you have guessed, we’ve been working on an update to Summoner’s Rift for a while now. This effort is a big part of our commitment to continually improve League of Legends. We’re focusing on preserving the spirit of Summoner’s Rift and evolving how the map communicates gameplay.”

Aeon goes on to ensure players that just because the map has been updated, that doesn’t mean Summoners will be fail-flashing. The maps structure remains untouched, this includes: Flashable walls, turret ranges and lane sizes meaning that the gameplay will remain the same as on the current map.

One worry the community has had was that the new visuals may increase the games seemingly low specifications. However Riot have assured the fanbase that whilst the map is more RAM intensive, they are working on optimising it to keep the performance the same as on the old Summoner’s Rift.

The map which is set to soon be implemented onto the PBE will replace the current version of Summoner’s Rift, although a specific date has not been mentioned.

Are you excited for the new map? Is it about time League of Legends updated its maps? Let us know in the comments or Tweet me @JonathonAalders