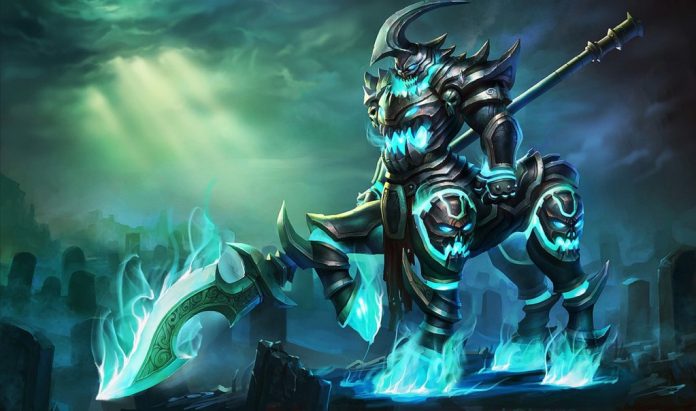 The LCS team Ninjas in Pyjamas have lost two of their most prominent players, Mithy and Nukeduck after it was found that the two had been reported for toxic in-game behaviour in over 30 percent of their matches.

A post by Riot employee aBhorsen posted on the League of Legends forums explained the case:

“In recent months, Rodriguez [Mithy] has exhibited extremely toxic behavior in solo queue. This behavior included, but was not limited to, in game harassment, verbal abuse, and continual use of racial slurs.”

“In the past month, Holm [Nukeduck] has been reported in nearly 30% of the games he played, with over 65% of those reports being for Offensive Language, Negative Attitude, and Verbal Abuse.”

The 6 month ban has been put in place after it was found that neither of the players had improved their behaviour despite previous fines and chat restrictions.

The continued offences now mean that Mithy and Nukeduck can no longer compete in the LCS for the rest of the season and have now been officially released from Ninjas in Pyjamas with immediate effect.

“This is a highly regrettable situation that the players can only blame themselves for. Ninjas in Pyjamas do not condone this kind of behaviour and we hope that the players take the time to learn from this incident and come back to competitive play in the future with a refreshed attitude. But for now, we will unfortunately have to say goodbye to Alfonso and Erlend, who have been exceptional and loyal players of NiP for the last 9 months.”

NiP will now be looking for a new mid lane and a support to fill in the missing gaps now present in their team.

League of Legends isn’t the only game to be criticised for its online community, Eurogamer posted a video showcasing the concerning amount of rage on display at a Call of Duty tournament (Warning: contains a lot of shouting and foul language.)

What do you think the future hold for Ninjas in Pyjamas? Should professional players be held accountable to their in-game actions? Let us know in the comments or tweet me @JonathonAalders