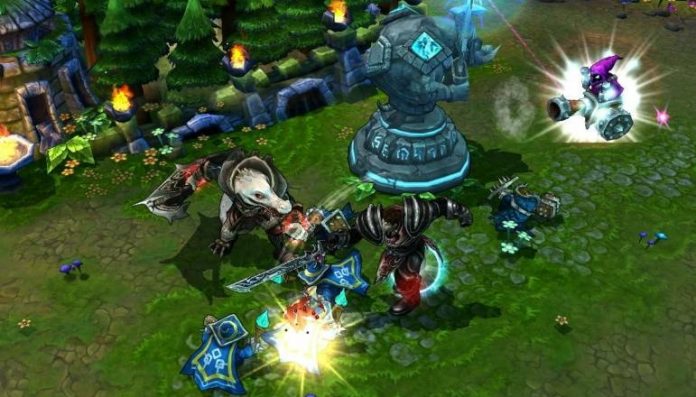 For those of you that have been living under a rock for the past few years, the PC gaming landscape has been dominated by the concept of a “MOBA”, a 5v5 competitive multiplayer title mainly focused on team composition rather than player skill. As of this moment, games like League of Legends and Dota make up a huge chunk of active PC titles with the traditionally favored FPS taking a dip in popularity as a result. With the success of these MOBA titles, it seems predictable that everyone else wants a piece of the pie, much like the MMORPGs before it. Not only does Blizzard have its own MOBA on the way with Heroes of the Storm, inexplicably Deep Silver will have its own with Dead Island: Endemic. Much like the MMORPGs that came after the standout success of World of Warcraft, these two titles and all that follow their footsteps will fail to leave an impact like League of Legends and Dota 2 and eventually will lead to a saturation of the genre as more and more games are released.

The most surprising thing is the fact that I’m talking like MOBAs are only increasing in number since League of Legends and Dota 2 came out. This has been happening for years now starting with games like Demigod and Heroes of Newerth being the forerunners to the current generation of titles that litter the landscape. Right now the MOBA is reaching a peak of copycats looking to steal some of the thunder from League of Legends and Dota 2 and failing miserably in the process.

What is going to happen in the future is the MOBA genre will dry out, but the question remains how the industry moves in such a direction in the first place, and whether or not its the community of hobbyists interested in video games decides how long a trend like this continues or if it is in fact the developers that have a final say in the future of a phase like the MOBA.

It all links together with the MMORPG craze from a decade ago, down to the initial boom in popularity and into the urge for publishers to go digging for potential revenue gold with a game of their own, but if history has any indication it only becomes more apparent as time goes on that they will fail regardless of who is involved. Just like MMORPGs, one can only change the formula so often before the people interested in the genre are led into uproar, and thus leading to the downfall of studios, though to a lesser extent than the MMOs of the past. Over the next few weeks I will be diving into the similarities between the MMORPG and MOBA crazes, only a few years apart yet mirroring the same exact trajectory on a smaller scale. Next week: The beginning of a craze.