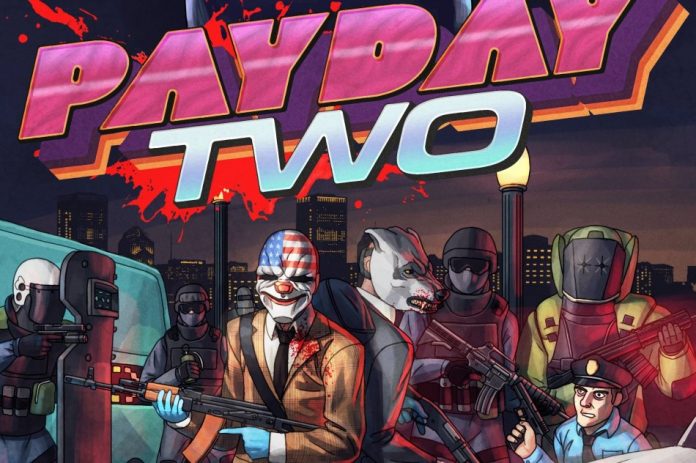 The Hotline Miami DLC is releasing in just a few short weeks now for the game Payday 2: The Heist, and has thus continued the ever-present nature Payday 2 is attempting to accomplish across different properties, not unlike what Team Fortress 2 was able to do.

Starting with Day Z where Payday made a cameo with its masks becoming an equippable item for your character, and there’s little doubt that Payday 2’s gambit on ever-presence is going to stop. It’s not just about exposure either, having properties like Hotline Miami as downloadable content is legitimately interesting and can only bode well for the future if inventive DLC packs and cameos continue. For those not familiar with Hotline Miami, I can only suggest picking it up on your platform of choice and experiencing the most visceral Gamemaker game ever created, and the graphics betray one of the grittiest and violent games of the past five years. If Devolver and Overkill can even come a little close to capturing the magic of Hotline Miami in Payday 2 then it can be a must have purchase for the PC this year, even though it is only DLC.

It’s something the industry needs more of as a matter of fact, as games continue becoming less restricted by console exclusivity there’s even less holding crossovers back than ever before. More or less recent AAA titles have become the same concept and gameplay wise, as games become more of the same, adding some variety in the form of different settings either played up for comedic effect or otherwise can become a sound decision for developers moving forward. Overkill has used this opportunity to bring their Payday series back to the forefront of public thought, at the very least for the PC platform. Using the Steam marketplace to provide 50% off Payday 2 and Hotline Miami, it allows those to replay or pick up the game anew to experience a genuinely exciting concept for DLC, something missing since Bioshock Infinite’s additional Rapture storyline began last year.