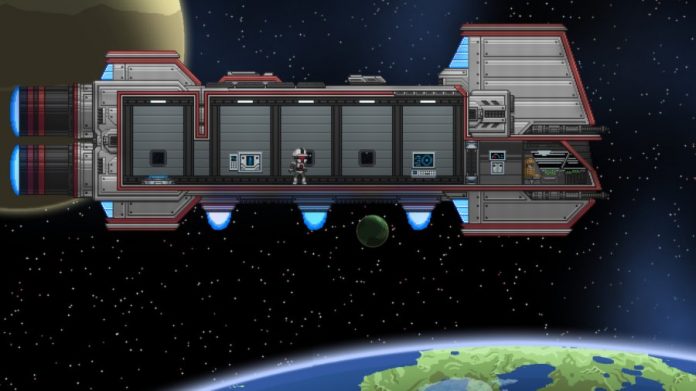 I think we can all agree that Steam sales are both the best and worst things to ever happen to us. With such great deals, how can you not pick up a game here and there? So you scroll through the deals and there it is: another game based around procedurally generated worlds with a crafting system. But this time there’s a twist that has you curious and willing to take that plunge. And it’s 50% off? That sounds like a good deal!

And then it turns out the game sort loses its appeal quickly at best or is buggy, borderline unplayable, or just an absolute bore at worst. I know that “buyer beware” isn’t some mystical secret and you should always be cautious and investigative in regards to what you decide to buy. Of course, there are exceptions to the rule and some early access games are awesome so maybe I’m wrong to take issue with early access games being publicly available. Some early access games have been incredibly fun. Starbound, in particular, has been a great source for goofy shenanigans but it has been so long since I’ve really felt compelled to play it. Early access games can be good and have a variety of benefits all the same, however. For starters, because they are constantly updated, they are constantly changing… ideally, at least. It’s an idea that we see in the larger games industry with the constant rereleases of sports games and fighting games that tweak the balance in a way that significantly change the metagame or competitive play.

On the other hand, and maybe I’m just cynical, but let’s say I’m a developer selling early access to my game. If it explodes in popularity like Minecraft did, what incentive do I have to ever fulfill my promises? You purchased a product and now possess it, therefore my obligation to you has essentially ended. It’s a similar problem with Kickstarter or any other crowdsourcing platform except in this scenario you get a game, at the very least. Whether or not that game is everything it was cracked up to be, however, is a different question and possibly totally irrelevant to me because I already have your money. A developer should be held accountable but perhaps “early access” is a misnomer. “Early access” implies that the game will one day be a finished product, which isn’t to say that a MOBA isn’t technically a finished product because they are constantly evolving. Indie games lack the same resources as larger entities so I can see the rationale behind it. A game doesn’t have to have an ending to be finished, per se, but it helps if it’s not a package of promises that may or may not come to fruition. I doubt most developers are in a secure enough position to use early access as a quick and dirty “take the money and run” sort of ploy, but then, why bother with the early access?

Conceptually, there’s nothing wrong with early access games. In practice, however, I’m just making you pay money for an alpha or beta. Could they be a lot of fun? Definitely, but that’s not the problem. The issue is that there’s no spectrum of quality control and Steam, in particular, doesn’t really differentiate between a game that is essentially a proof of concept and something that is much more polished. There’s no efficient way to screen out early access games from the rest of the catalogue. Nearly anything that allows the consumer to quickly discern the state that the game is in would be preferable to nothing at all and that might actually encourage more interest in the game if people can easily see where it currently is in its development. Sure, nobody’s forcing you to buy the early access game but that’s hardly a defense because there are myriad possible complaints that are legitimate. The issue isn’t that early access games exist, it’s that their current manifestation and the manner in which they are employed could use some tweaking.

There’s obviously a happy medium to this and that would be to release a game when it’s not a husk of what it’s promised to be. The initial appeal of getting access to a beta or an alpha is sure to wane considering that the game is not fully featured so it’s bound to lose your interest more quickly than another product that happens to be ‘finished’. There’s not some unwritten law of the universe suggesting that once the game is released that it can no longer be improved. I have a suspicion that early access games in general are always an attempt to be the next Minecraft and it never quite reaches those lofty heights. It’s a breeding ground for stagnated ideas because ambition swallows the project and it just becomes a huge waiting game for the product you bought to have some appreciable degree of substance.

Ultimately, that’s what early access needs: substance. It can work if it’s not just lazily shoving out something that’s mostly done and hopefully you’ll enjoy later. Developers can benefit from early access as much as they can be harmed by it, so in that sense it serves as a good litmus for whom you should support. At the same time, though, it’s hard to reconcile dropping $30 on DayZ in its current state when I could easily spend my money elsewhere and possibly get more bang for my buck. If the developer themselves aren’t even totally sure what they really intend to do with their game, that doesn’t really inspire much confidence.

Early access cannot, and should not, be this strange state of limbo a game can stay in and be impervious to criticism due to its volatile and easily changed state. I’m worried that there’s a precedent easily set for such behavior, particularly when there’s potentially a lot of money at stake for both consumer and developer. It’s not the harbinger of PC gaming’s end days but it’s not exactly what I would call a good direction for that market to take because it is a well so easily poisoned.