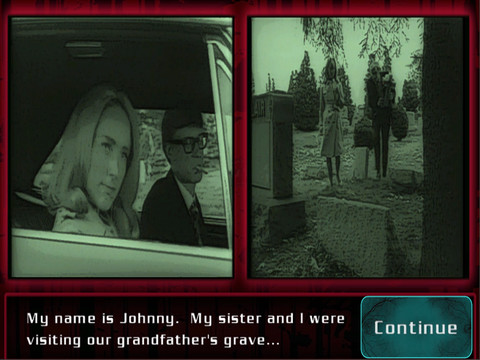 I love zombie movies, games – and anything in between – therefore you can imagine how excited I was with the prospect of getting my hands on and playing Night Of The Living Dead – Survivor, a recently released game on iOS for the iPad.

The game, as the name suggests, is based on Romero’s classic Night of the Living Dead and presents itself like a first person shooter – a spooky one too!

In Night of the Living Dead – Survivor, you play the role of Johnny, a guy who came to visit his father’s grave together with his sister when all hell broke loose: he was only knocked unconscious, and took shelter at a local farm. Now it’s your quest to help him through the zombies infested world to safety!

Night Of The Living Dead – Survivor is available for iPad only and costs a measly $0.99. You can find out more about the game and get it here.