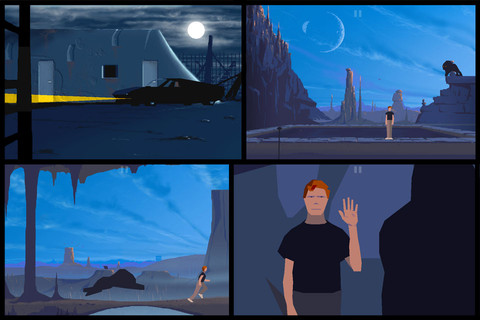 This should be considered as a great day for Android owners all over the world: the cult classic Another World will be coming shortly to the Android Store! Coming with completely revamped graphics (and the ability to switch between HD and classic view), Another World – the 20th Anniversary edition will certainly be one of those games that you will have to play!

The original version was released back in 1991 (and it is one of the games I still have some of the best memories about) and it became a hit thanks to its original and advanced (for that time) cinematics and intercation between characters: they interacted using gestures and facial expressions. A huge thing for a game of the 90s! The game tells the story of a scientist that gets teleported into… another world. You’ll have to run, jump, shoot and interact with objects in order to save our hero in this new dimension.

Another World for Android comes packed will all those goodies, plus a few extra ones:

Another World for Android is expected to be released on March 16th, so it’s not a long wait. The game is also available on iPhone and iPad.