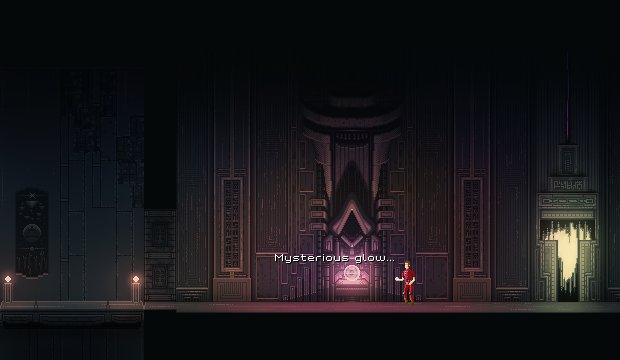 In my case, it was the amazing Another World that managed to become the first ever game that I have completed and you can imagine that such an achievement is something that you can never forget, so it should be no surprise to hear that I am still consider myself a huge fan of the game.

Today, I am extremely happy to hear about The Way – a 2D puzzle-platformer title that’s about to be released for PC, a game that you just look at and know that it’s just as great as Another World – and it’s not just me the one who says it, it’s the developers too, who admit the game is inspired by Éric Chahi’s masterpiece, as well as Flashback and Heart of Darkness. Now that’s a mix that I’ll always be happy to try out.

In terms of story, things go like this: you play as a space explorer who embarks on a quest to bring back the love of his live who passed away too soon. You’ll have to travel to a mysterious alien planet, interact with the characters there and solve puzzles and, despite everything happening in the future, take a pleasant trip to the past thanks to the pixelated graphics and level design.

Check out a bit of The Way gameplay below to hopefully be as amazed as I was:

The game will be available for purchase (on Steam too) starting January 15h, but you can start pre-ordering this game that looks like a masterpiece on 15th December. So go for it, I’d say!