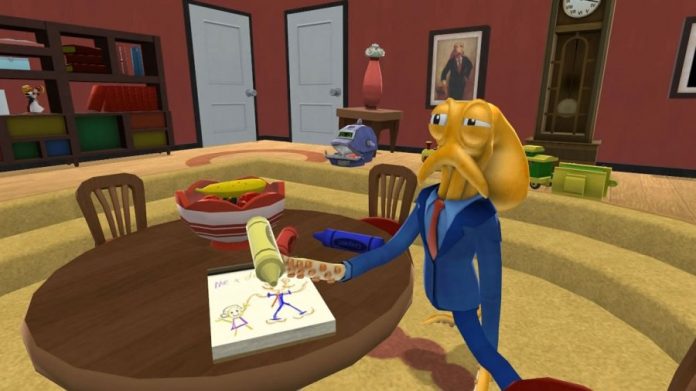 From the screen shots on the official website, one of the new levels in the DLC include events in the game gamers have not seen. The first screen shot of the shorts depicts the first date between the wife and the octopus.

The shorts will also have scenarios that are fabricated from someone else. The other screen shot features Octodad dressed as a doctor in a hospital ward and describes that the father’s children created this scenario.

The website features a video of what Octodad would be like if it was a first person live action video. In the video, Octodad was given the task to bake a cake and hilarity ensues.

No release date has been set, yet the website jokingly hints that it will be out in a few weeks.