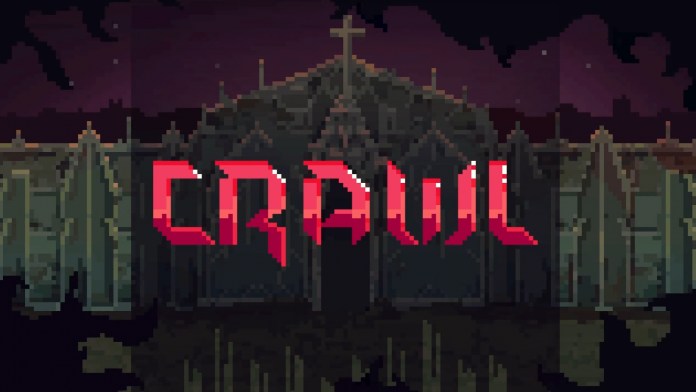 The local couch gaming scene is slowly coming back, and we’ve got another sweet entry into the genre. Crawl, a competitive dungeon crawler has left officially left early access and you can buy the game on Steam and GOG.

I first ventured into the dark, dank dungeons of Crawl with my friends over a year ago. Let me just say that the game is a blast with buddies. The premise is simple but haunting – you are a group of four adventurers who were looking for ancient magicks. What you discovered was not of this world, and it was far too late when you realized your group would have never been prepared for what they found.

During player setup, each player will choose one of the mythical gods to worship. Which god you choose determines your monster pool, so make sure you choose carefully! Of course, if you’re new you won’t know which to pick so just try them all – every single one of the monsters is fun to play as and they have their own unique abilities!

A round of Crawl plays like a top-down action RPG with interesting asymmetrical multiplayer mechanics. One player plays as the “hero”. They will fight off the eldritch abominations of the dungeon while collecting loot and powering up their character. The other three players play as ghosts – that is, when there aren’t summoning circles around. Oh, and this is where it gets good! Each new unexplored room has a set number of summoning circles in it. The ghost players can approach the circles to take control of a randomly selected monster chosen by the god they picked at the beginning of the game. The monster players will attempt to overwhelm the hero player, and whoever gets the killing blow then becomes the new hero. The process repeats until one of the heroes delves deep enough to find the true horror of the dungeon…

If you’re looking for a crazy couch experience, look no further! Crawl is a really fun game to play with friends especially if they’re into competitive, retro-styled games. Crawl is sporting a really slick pixel art style complete with a chiptune soundtrack full of oppressive tunes, matching the dark atmosphere of the game. If you like to have local multiplayer game nights with friends, Crawl is a great addition into your library. As part of its launch celebration, the game is 20% off on both Steam and GOG.