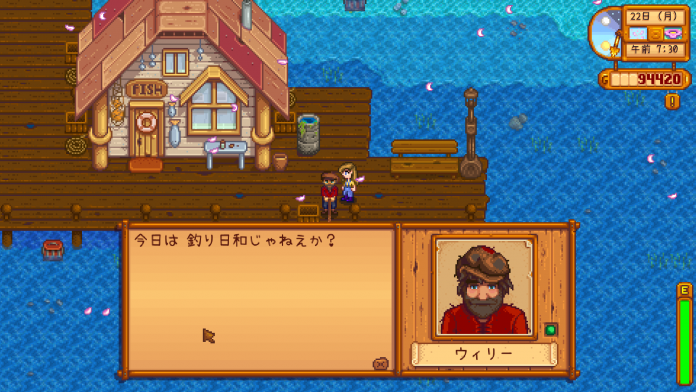 A new patch for Stardew Valley has been released on Steam bringing the game to version 1.2. This patch brings bug fixes, improved controller support, and the biggest addition: new localization languages! You heard it right – you can now play Stardew Valley in seven different languages. There’s translation support for English, German, Spanish, Russian, Japanese, Simplified Chinese and Brazilian-Portuguese. The 1.2 update is live only on Steam at the moment, but will come to the console versions later on. The full patch notes are below.

I’m personally happy about the controller changes. Navigating through the menus was always a little clunky because you had to drag the mouse cursor around with the control stick. The snap function should prove to be really useful! While this patch is nice, it’s just a preview of things to come. I’m very excited for the full controller revamp coming supposedly later. The controller button scheme is currently serviceable but could be improved in some ways, and a later update is going to change things around. Can’t wait!

As always, be sure your current installation of the game is free from any mods to avoid any potential conflicts. If you’re experiencing crashes of any sort, make sure to visit the Steam forums for the game. There’s a pinned help topic and mods posting solutions. Good luck and happy farming!