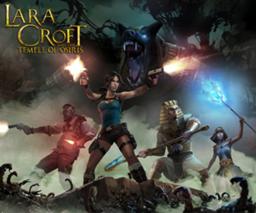 Square Enix has announced that Lara Croft and the Temple of Osiris will be released on the 9th December 2014.

The game, a sequel to 2010’s Guardian of Light, will be released on PC, Xbox One and PlayStation 4. The release date was confirmed to IGN by Crystal Dynamics’ executive producer Scott Amos.

Like its 2010 predecessor, Temple of Osiris will be a top-down dungeon crawler with a focus on co-operative play with a mix of action and puzzle-solving.

The game can either be played through in single player, with the AI controlling your companions or through four player co-op. The official description of the game from Square Enix states: “Lara Croft travels to Egypt and must join forces with rival treasure hunter Carter Bell and imprisoned gods Horus and Isis, to defeat the evil god Set.

“Players must work together to explore the temple, defeat hordes of enemies from the Egyptian underworld, solve devious puzzles, and avoid deadly traps. All the while, players will compete for treasure, powerful artifacts, and ultimate bragging rights.”

Developer Crystal Dynamics are also working on Rise of the Tomb Raider, the third person action adventure sequel to the 2013 reboot of the franchise, simply titled Tomb Raider. Rise is scheduled for a 2015 release on PC, PS4 and Xbox One.

What are your thoughts on Temple of Osiris at the moment? What would you like to see either changed or improved from Guardian of Light?