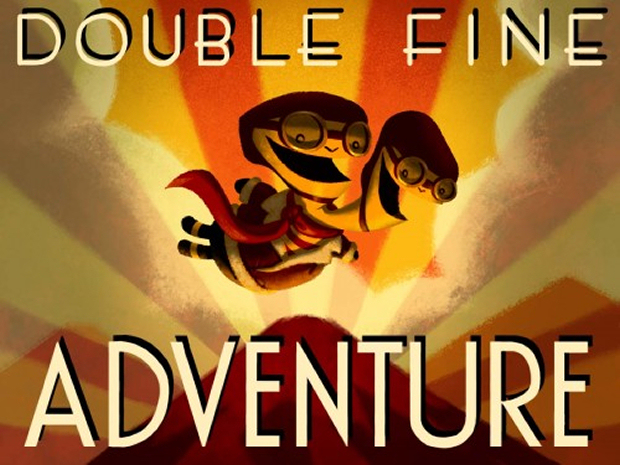 Every year, everyone at Double Fine stops what they’re working on, and can pitch a germ of a game idea to Tim Schafer, head of Double Fine. Tim takes the three or four ideas he likes the most, and assigns teams to the person who pitched that idea. Those teams have two weeks to create a prototype of that idea. Hence the name for this project, Amnesia Fortnight.

But in 2012 the rules changed. Instead of the ideas being pitched to Tim and his word being final, the process was opened to the public. Team members instead made thirty second videos on Youtube detailing their ideas, and put them on Humble Bundle. By donating as little as one dollar, anyone could vote on their top four favorite ideas. The whole process was documented by 2 Player Productions, the same team that’s filming the Double Fine Adventure documentary.

In the end, five prototypes were created, and out of those three games went into full production: Space Base DF9, Autonomous, and Hack ‘n’ Slash. But the success doesn’t stop there. Past Amnesia Fortnight games include Costume Quest and Stacking, two of the games that would anchor Double Fine’s push towards smaller, indie focused games.

After skipping 2013, presumably to finish up Broken Age, Double Fine is launching AF 2014 early this year. Over the next week, you will have the chance to vote on your three favorite projects, and gain access to the documentary detailing the process. But this year there is another twist. Pendleton Ward, creator of everyone’s favorite wacky TV show Adventure Time also has four ideas of his own. For those who pay a little more, you’ll be given the chance to vote on one of his ideas. Anyone who pays also gets to play the prototypes at the end of the process.

It seems a little unfair that one of his ideas is getting made regardless. That’s one less chance for the people at Double Fine, but that’s how the industry works for you. Pendleton Ward is famous and has proven himself to be funny and successful. But this also introduces the second twist.

In 2012 five game ideas won, Tim deciding to add a fifth in at the last minute. However this year there will be ten finalists, not including Ward’s idea. Assuming that these ten are then put up for another vote, we’ll see three or four teams come out of it. This second round of voting could potentially shake up those top ideas quite a bit.

The game ideas themselves are as varied in concept as one can expect. There’s Dum Sim, a Cooking Mama/restaurant style management game, Dear Leader, a game where you play a leader in a communist state and make decisions on how to rule the country, Ether, an exploration game where you fly around a beautiful island looking for artifacts, and The White Witches Gnome War, where seven gnomes and a shape shifting witch are on a quest to defeat the King of the Dead.

These are just examples of some of the ideas you can expect, and totally not me influencing your decision at all. Just be forewarned: they are making prototypes out of these ideas. Prototypes are far from demo’s, Beta’s, or even Alpha’s, so don’t expect a full game experience. What you can expect is to see great ideas come to life and a behind the scenes at how games are made.

For the complete list of game ideas, as well as the pitch video and some other goodies you can get by donating, check out the Double Fine Humble Bundle page: https://www.humblebundle.com/doublefine