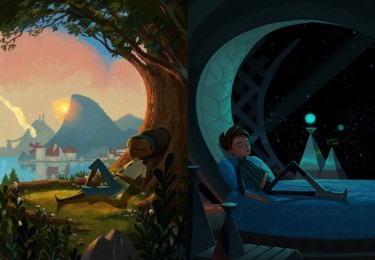 Tim Schafer, Double Fine founder, has announced on twitter that the first act of Broken Age will be available for download on Steam starting on Jan.14 for those who have backed the game on Kickstarter. This does not pertain to the general public, as the game won’t be available for everyone just yet.

The Broken Age Kickstarter first commenced back in 2012, where the game’s funding goal of $400,000 was surpassed with a total of $3.3 million from 87,142 backers. This makes Broken Age one of the most successful Kickstarter campaigns ever.

Double Fine announced last year in July that they will be splitting the game into two halves, with the second using revenue from the first act’s funds. Backers of the title will receive both acts for no additional costs.

The developer also seemed to put the Kickstarter funds to great use, hiring some well known actors and voice actors alike. Elijah Wood will voice Shay, one of the main characters in the game. He joins the likes of actor Jack Black and Jennifer Hale (Mass Effect, Bioshock Infinite).