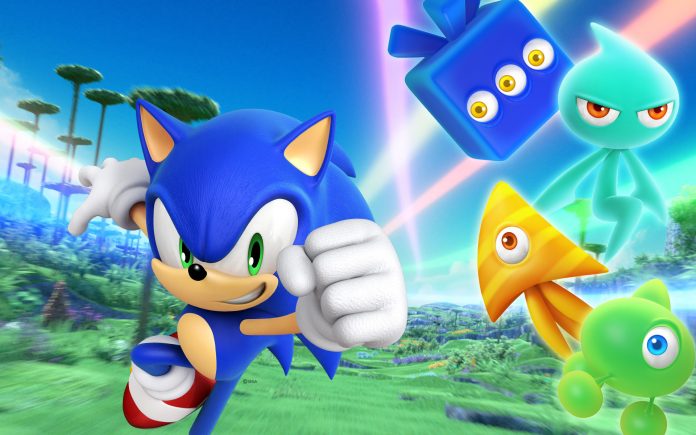 Sega has recently confirmed speculation that there will be a new edition to the Sonic the Hedgehog Game series.

A classic from the days when Microsoft only made computers and Nintendo’s only competition was a cascading steam of ever worsening Sega consoles. Sonic, a speedy, destructive blue varmint dashed his way across a variety of 2D worlds, fighting oppressive robots and their overweight, malevolent ruler Doctor Eggman.

Since 1991, he has been a mainstay in the videogame world and the star of almost 50 different games. Sonic, along with a long cast of supporting characters, comes with a legacy of success and fond nostalgia for many children of the 1990’s.

At the height of his fame the animal even managed to generate not one but two separate cartoon shows that ran more or less at the same time.

The newly announced TV series and upcoming game title, Sonic Boom, and features a three-dimensional team of familiar faces from days gone by. Details are limited but here is a breakdown of Sonic Boom’s announced cast and apparent changes made to the characters.

The original protagonist and Sega’s face for almost two decades, Sonic has been given a bit of a makeover. Instead of the short blue speedster, with bright red shoes, the new design portrays the hero a tall, lanky animal, who sports a trendy brown scarf, yet continues to refuse pants.

His signature shoes are intact, though they are draped in white athletic bandages that travel well up his legs.

The latest version seems to of given him new abilities, the most notable of which is the ability to channel blue energy through his hands.

Opinions on the redesign are mixed but the new Sonic combines enough of the classic elements to peak my interest while certainly being sleeker and more visually interesting, appealing to newer, younger, fans.

Simply put, Tails is a two-tailed talking fox that acts as Sonic’s sidekick and occasional pilot. Able to rotate his posterior appendages at incredible speeds he can defy gravity and generally just tag along whether anyone wants him there or not.

First appearing in Sonic the Hedgehog 2, he allowed gamers to experience two-player mode for the first time in a Sonic title. He was so popular that Sega eventually gave him his own game and comic book.

His design changes aren’t as drastic as some others. The small fox has been given flight goggles and a brown tool belt. The short clip shown from the new CGI series shows him flying a plane and deploying some kind of electrical whip in order to aid Sonic. It seems Tails is being taken in a more mechanically inclined direction. Expect him to build upgrades and shutdown overly complicated computer systems with a well worn wrench.

Essentially a pink, female version of Sonic, Amy was the first girl introduced to the series. Her origin was found, not in the games but in Sonic manga published in 1992. Her initial appearance was more in line with Minnie Mouse, than the warrior woman she would become when finally added to the hedgehog-iverse in Sonic-CD. Amy appears infrequently in games after that point but remained a fan favourite.

Her new look is actually pretty interesting. She is still a pretty basic imitation of the standard anthropomorphic hedgehog but looks more like her own unique character as opposed to a repainted version of her male counterpart.

Sonic Boom’s screen shots show her using the same glove mounted energy-beam as Sonic. Another photo has her wielding a massive red and yellow hammer against a robotic dinosaur.

It’s not known if this is a regular tool in Amy’s arsenal or something picked up during gameplay but it is known that the game will contain robotic dinosaurs – well worth the price of admission.

Knuckles has lived in the Sonic’s world as probably the most bad ass character around. A member of the Echidna species, which a Google search has revealed to be essentially a quilled anteater, he appeared as a rival to everyone’s favourite blue speedster in Sonic 3. Spiked hands, super strength and an inexplicable gliding ability made him a force to be reckoned with.

The new model is no exception.

Significantly taller and broader then the other protagonists, he is shown delivering wide sweeping blows to an enemy’s solar plexus. The spiked hands that have earned him his namesake remain though there is little indication that he’ll be able to fly. His main occupation seems to be punching evil in its turkey neck and business is good.

With only a few choice glimpses released it’s hard to judge what is in store for Sonic. Everything about the project looks promising and it is hard to not be excited. This appears to be a large expensive venture designed by Sega to push its mascot’s face back into the television and gaming world he once dominated.