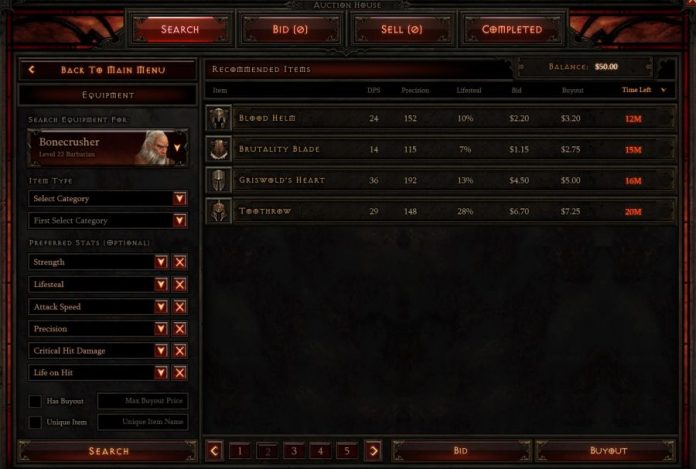 Earlier today, Blizzard’s Diablo 3 received a new patch, 1.0.8, meant to improve the game’s co-op gameplay, but it changed a bit more than just that. According to a post on NeoGAF, after Blizzard lowered the gold floor from $0.25/one million gold to $0.25/10 million gold, ‘enterprising players then bought gems for real money and converted them to gold. People were making billions on this. But then! A gold dupe has just been discovered with some streamers duping TRILLIONS in gold by playing around with the 2 auction houses.’ Fastford58 probably said it best: ‘It is quite the mess at the moment.’

A Blizzard spokesperson told Polygon ‘After the release of Patch 1.0.8 this morning, we made the decision to take the gold and real-money Auction Houses offline to investigate a bug that certain players were exploiting to dupe gold. Our team is working hard to fix any outstanding issues and take appropriate actions with the accounts involved.’ Good luck with that.

While Blizzard has since announced that they may have found a fix for the duping bug, the game’s economy was still efficiently wrecked by players determined to amass as many billions or trillions of gold they could. Many threads on Battle.net have players petitioning Blizzard roll back the game to its pre-patch state, however the company has stated that it is still trying ‘to determine whether or not a rollback is appropriate.’ The patch itself made significant changes to the multiplayer bonus system and matchmaking, in addition to a large volume of general fixes to the game; it is reasonable to assume that Blizzard would rather keep the fixes and try to fight one bug instead. Granted, it is a very big bug.