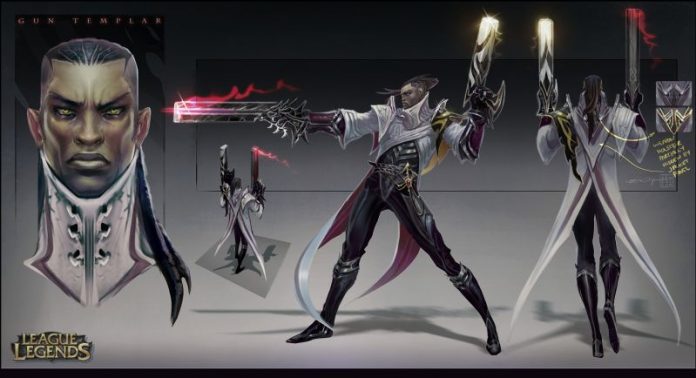 If there is any game that has exploded over the past few years, it would be Riot Game’s “League of Legends.” With nearly seventy million players registered and seven servers across the world, it’s safe to say that there are a lot of players in the league– and with a lot of players comes a lot of characters (known as “Champions” within the game) to choose from.

The game’s roster features a staggering one-hundred and thirteen (as of May 4th, 2013) of these so called champions.  Riot appeals to its massive player-base with a variety of designs and types across the board. Ranging from Crystal Scorpions, Blind Monks, and even gorgeous females (Need proof? check out Marta Branco’s  post here), it’s almost guaranteed that there is a character made for you. Or is there?

A small, yet commonly consistent complaint made to Riot Games would be in regards to their choice of skin color– or rather, lack of. Though the ethnicity’s of Valoran include Ionians, Yordles, Noxian, and the like– it is very obvious that there is a lack of visual representation for the African American public. With millions of players around the globe, surely you would think there would be more than ONE character with dark skin, and bold features?

Just a quick search made on League’s official forums with the tags of “Black, Ebony,and African American” will yield you hundreds of threads to scour through, and hundreds of voices to  be heard linking back to the very year league went out of beta (2009). The public wants an African American Champion! And perhaps the public has been heard.

Recently, a leak has been found that might just be a salvation to these unsatisfied players. Though there is no tangible information as of yet, we know for a fact certain things. The new dark skinned champion (currently known as “Lucian, The Gun Templar”) is only in his developmental stages. The picture is indeed signed by Eoin Colgan, concept artist for many league characters (including but not limited to, Draven, Zed, and Varus). And although we do not know his exact release date– we can speculate two things. For starters, he will most likely be a fast paced ADCarry, being able to dish out damage from a distance– all while maneuvering the map a la Devil May Cry. But most importantly, he gives us hope that maybe, just maybe, we can hear Samuel L. Jackson on the fields of justice. . For more information and the latest updates on League of Legend’s Gun Templar– check back at us here, at Unigamesity.