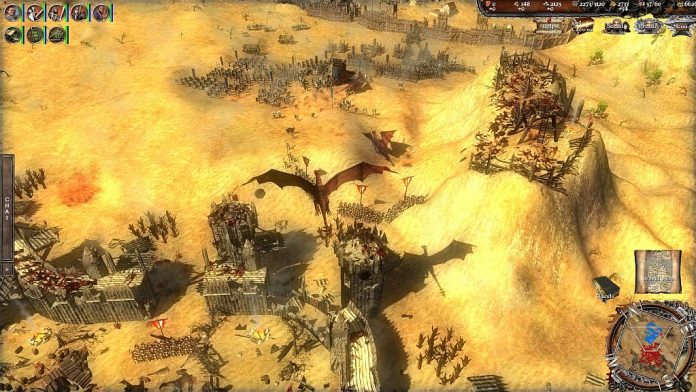 The Mayas might have not been right about the end of the world, but Dawn of Fantasy doesn’t care as the MMO receives an expansion pack for free, called End of the World. This event brings dragons to the lands and completely changes the way the game’s world looks like: cities lie in ruins and others are held by Dragon Kings and their minions.

The challenge on the players? Fight the dragons, of course, and reclaim the world before it’s too late. An incredible twist in the game and overall an extremely exciting update that will certainly keep the players happy. And there are, of course, a lot of new features that you can check out below:

• Dragon Occupation – Dragons have taken over several cities and razed others to the ground, burning everything in their path. From major towns of the realm to the smallest village – the world is on fire, and the hungry Dragons are looking for more to devour

• Realm Reclaim Co-Op and Solo Gameplay – the realm is paralysed with Dragons controlling most of the major towns. There is no diplomacy and only a few liberated cities are trading. Bring your massive armies or team up with friends to free the towns of the realm from the Dragon occupation

• Dragon Slayers – The Dragonslayer Order of knights is rising to the occasion, volunteering their services to all lords and ladies of the realm. Every player will receive an elite Dragonslayer Hero unit – a $5 value

• Dragon Wars Theme – from the main menu to the world map – the game experience is transformed with brand new cinematic and atmospheric scenes.

• Dragon Attack Events – Dragons can strike at any moment, be it during a quest, exploration or a Player vs Player combat.

• Homeland Defence – not even your own town is safe. One of the Dragons has infested your homeland and is getting ready to strike against your town. Raise your militia, man your walls, and get ready to fight for your town’s survival.