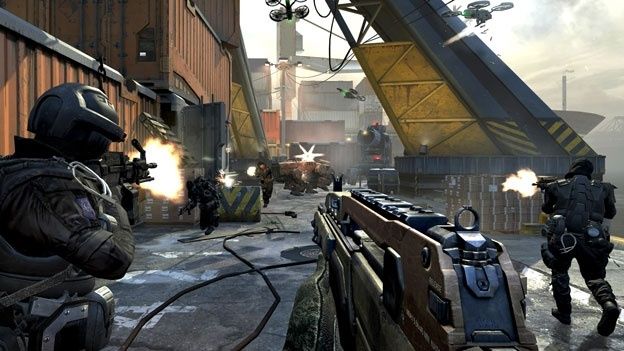 OK, so now, with Black Ops 2 launched, we probably all want to focus on ranking up really fast in the game but unfortunately for most of us, that’s not really an easy job. Although the best tip that one could give you when it comes to the question “How to rank up fast in Black Ops 2” is: “keep playing the game mode you are good at,” there are also some other suggestions that I’d like to share with you and hopefully help you rank up even faster in the game!

So if you’re wondering how to rank up fast in Black Ops 2, here are my suggestions:

1. Take advantage of the Double XP weekends (this weekend, 16 – 18 November, for example, is the first) where even playing just a few hours can bag you a ton of XP!

2. Focus on completing challenge sets. It’s true that challenges alone give you extra XP, but if you manage to complete a challenge set, you get all the XP you can handle. So focus on the sets instead on dispersed challenges.

3. If you have it, play Nuketown. The map is very crowded and it’s a lot easier to get kills, especially if you are a good player. And if you’re not – practice makes perfect!

4. However, have in mind that the type of game you play matters more than the map you’re playing it on. So focus on the game mode and insist playing it instead of trying to find the easiest map.

5. UAVs! This is pretty obvious as you get 10XP for ANY kill (including those of your team mates) while the UAV is in the air.

6. Other good scorestreaks to try and get: The Swarm which is pretty obvious, but also hard to get. Instead, you could focus on Lightning Streak which is easier to get and nets you easily some extra XP.

7. Another trick is to try and play the game when it’s not peak hour and when there are not so many players in the game. This way, you’ll play against bots which are stupid and easier to kill. Of course, this doesn’t offer too much satisfaction, but it’s good to get some quick XP and rank up fast.

8. Demolition is a great mode to play – you get a ton of XP for successfully planting or defusing, plus the bonuses you get from kills and assists – which will be more than in other modes thanks to the no respawn time.

9. Keep playing and keep improving. You might not be one of the top players there, but if you keep playing, you will become betters skilled and you’ll be able to rank up faster by getting all those kills.

These are my tips regarding how to tank up fast in Black Ops 2 – I am sure you have some suggestions of your own, so if you do, don’t hesitate to let us all know by posting in the comment section below.