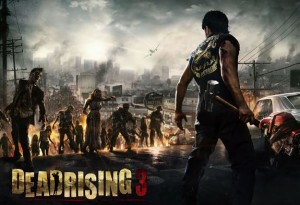 Following the financial report earlier in the week, which revealed that Resident Evil 5 has become the highest selling game of all time for Capcom, the Japanese publisher has revealed their sales expectations for Xbox One’s launch title, Dead Rising 3. The third entry in the series promises to offer players a bigger world to explore with thousands of zombies occupying the digital space at any given moment. Capcom believes the title is enticing enough to sell over 1 million copies even though it’ll only be available on a brand new console with an initially low consumer base.

The game was first revealed at Microsoft’s E3 2013 press conference and was met with mixed reactions. Ever since the first reveal the game has slowly won back fans and critics alike, though it’s still garnering up hesitation from people.

Alongside revealing Dead Rising 3’s projected earnings, Capcom also detailed that Dragon’s Dogma: Dark Arisen has outsold Lost Planet 3. The latter, which is a re-release of last years original title, has managed to sell around 650,000 units. Lost Planet 3, on the other hand, only sold 300,000 units. Which is a safe bet that we won’t be seeing Lost Planet anytime soon.

Dead Rising 3 will debut alongside the Xbox One on November 22 in 13 territories, including North America.