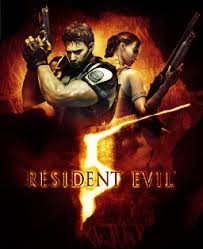 Capcom has announced that Resident Evil 5 has become the company’s most successful game ever, surpassing Street Fighter II.

The company updated their sales figures (dated as of 30th September), and shows that the 2009 entry into the Resident Evil franchise has sold 6.5 million copies, which sees it beat the 6.3 million units sold for 1992 SNES release Street Fighter II. The sixth Resident Evil game completes the top three after selling a healthy 5.2 million copies.

Capcom made a particular note of the Japanese release of Monster Hunter 4 on the 3DS as a highlight of this period. Being describes as an ‘immediate success’, it shipped 2.0 million copies, and as of the 15th October has already sold 3 million copies. We are yet to hear of a Western release date.

On the other side of the coin, Lost Planet 3’s sales were below expectation, with Capcom saying this was due to “intensifying competition in the European and U.S. markets”.

Capcom is expecting to make a good profit for the full financial year, which ends for them in March 2014.