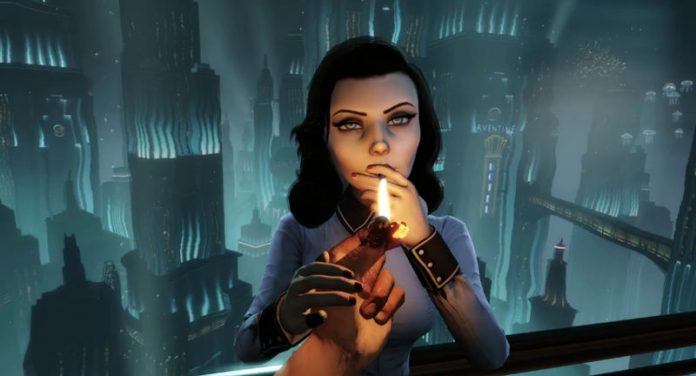 The first trailer for Bioshock Infinite’s DLC has been released, with the new story based content going by the title Burial at Sea.

This follows yesterday’s hint of an upcoming announcement by Bioshock vreator Ken Levine.

Burial at Sea will put players back in the shoes of Booker and Elizabeth, although they’re different characters from the ones seen in Bioshock Infinite, sporting new looks and timelines. Burial at Sea will be set in an alternative universe, one where both characters were present at the fall of the underwater city of Rapture.

Burial at Sea will be made up of two episodes of DLC content. Both will be available to anyone who purchases a Season Pass for the game, but each episode will also be available for $14.99 each.

The first episode begins the night before Ryan takes over Rapture. Speaking with IGN, Ken Levine noted that one of the main draws of the DLC for him is “to have an extended period in pre-fall Rapture without combat, where you’re just living in the space.” As the story progresses, the DLC turns back towards the original game; a place that “has gone to hell.”

Burial at Sea will apparently return to its roots in more than just story, with Levine commenting that he wanted to retune the combat so that strategy and traps are more meaningful.

Details regarding the second episode are sparse at the moment, although Levine has stated that gamers will control Elizabeth in a sequence that leans more “towards a survival horror game.”

As of yet, there’s no release date for either episode of DLC.