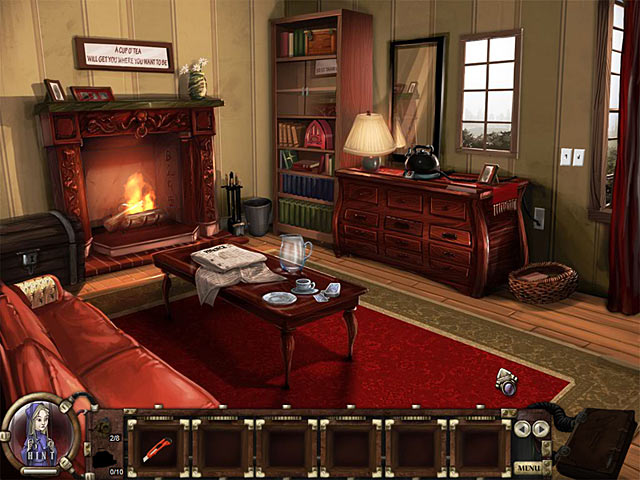 We’re a little bit late with the best casual games of the month awards, but at least they’re here and I am sure you will have an amazing time playing (or remember playing) these top casual games released throughout September. This was a month unlike the others, where the variety of games was pretty nice and we had a really tough battle between the nominees. However, just ten made it to the list, so check out below the list of best casual games of the month September 2012!

Join Amanda on this astounding journey between scientific and magical realms in Guardians of Magic: Amanda’s Awakening! Explore 27 wondrous scenes and solve masterful puzzles to find the balance. Cast spells with your wand, build magical devices, and use technological savvy to stop Dr. Magus. With impressive mini-games, an engaging story, and an amazing ending, Guardians of Magic: Amanda’s Awakening is a wonderful escape that’s certain to please. Check out the game over at Big Fish Games.

A group of hooded, shadowy figures abduct your brother right before your eyes in Tales of Terror: Crimson Dawn! Your search for him leads you to a remote mansion plagued by a sinister secret. Can you unravel the mystery and rescue your brother from eternal darkness? Find out in this thrilling Hidden Object adventure game! Check out this impressive title at Big Fish Games

Awakening: The Skyward Castle tells the tale of young Princess Sophia, who awakens from a magical century-long slumber into a land threatened by an ancient evil. Braving the dangers of an unfamiliar world, Princess Sophia has travelled far to discover the fate of her exiled kingdom. Having no magic of her own in a land built with living magic, she must overcome the many foes, perils and obstacles with her wit, skill and allies. Can Princess Sophia lift the curse that plagues her people? Find out in this epic conclusion! You can download this top game here.

Build your fortune as you buy, sell and trade the world’s most famous properties. It’s classic Monopoly fun! Take a ride on Reading Railroad, build a house on Baltic Avenue, or buy up the whole neighborhood — it’s your turn to get rich! You’ll take a spin around the world’s favorite board with animated tokens, 3-D dice and customized game environments. Prove your skills as a deal maker in up to three levels of difficulty. Pass GO, take a Chance or head over to Community Chest as you wheel and deal your way to the top. But remember to stay out of Jail! Are you ready to own it all? Find out by getting the game here.

The Chronicles of Emerland Solitaire

Defeat the forces of darkness and defend Emerland in The Chronicles of Emerland Solitaire. When deciding to learn card magic at an old wizard’s school, you couldn’t have imagined that fate had chosen you as the savior of the world. When Emerland is threatened by the evil sorcerer, Sat, you must unite the races of Elves, Humans, Dwarves and Mermaids. Only together can you challenge him! Check out the game over at Big Fish Games

Discover the fabulous secrets that a jungle hides in Adelantado Trilogy: Book One! Help the brave and noble officer, Don Diego De Leon, to find and save the lost expedition. Befriend the natives who can be of valuable assistance to you. Help them as you restore buildings, harvest foods, and create a settlement. Upgrade your skills and earn fabulous trophies. Treasures await you in this exciting Strategy game! Download this interesting strategy title here.

The Agency of Anomalies: The Last Performance

Take on the task of exposing a secret brotherhood called The Seekers and save the performers of the theatre who became the brotherhood’s victims in The Agency of Anomalies: The Last Performance. As an agent of The Agency of Anomalies, help the performers restore their human form, return their paranormal powers and find out what happened to the theatre’s founder Patrizia Edelshtain. Click here to check out this title.

Turn one small clothing store into a runway of fashion in Boutique Boulevard! Hire staff, pick the clothes, and decorate your store to impress your customers. Experiment with fabric and colors to discover new clothing. Train your staff to improve their skills in greeting, sales, and more. Personalize your store with hundreds of decorations. It’s all up to you in this exciting clothing store simulation game! Try out your skills by getting the game here.

Great Pharaoh Touti and his friends are back for an epic adventure that will take you on a journey along the Nile in Time Builders: Pyramid Rising 2! When the priest Hapu discovers an ancient papyrus scroll foretelling the cataclysmic end of Egypt’s eighteenth dynasty, he learns that in order to save the kingdom, eight majestic temples must be built, and quickly, before the four moons cycle ends. Are you ready to face this ultimate challenge? Head over to Big Fish Games to download the game.

And these are the top titles released throughout the month of September 2012. I am sure you can find at least one favorite in this list (if not more) and I would love to know which of these titles is your favorite. So let us know by commenting below – or maybe even add your own suggestions to the list!