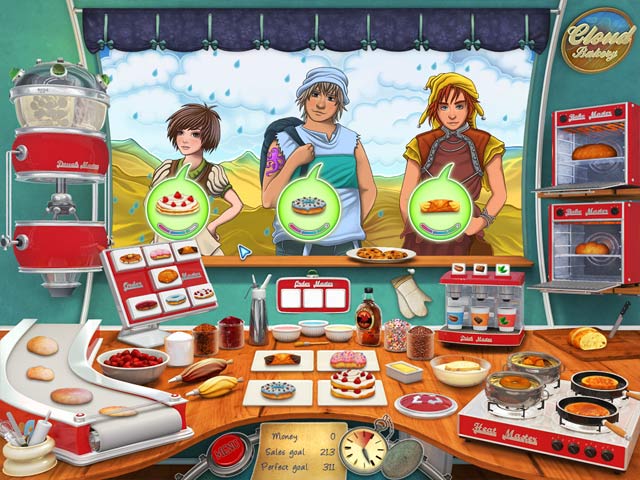 It’s not just the weather that made July 2013 be a really hot month, it’s also the number of quality casual games that got released throughout the month. It was, just as always is, pretty difficult to create a list of just 10 titles, but being “the best” does require some cutting and slashing.

So without further ado, let’s check out below the Best Casual Games of July 2013 (in no particular order!) 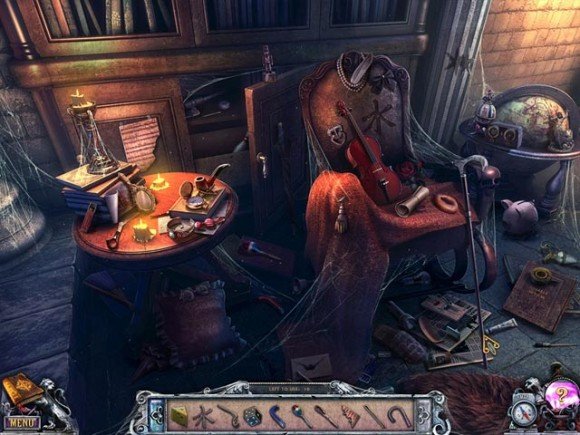 Return to the House of 1,000 Doors to save mankind from annihilation! Giant snakes have burst out of the Earth and are wreaking destruction across every continent. Your mission: travel back in time to four different epochs to gather the elements needed to activate a machine that can destroy the ancient beasts! Check out the game over at Big Fish Games. 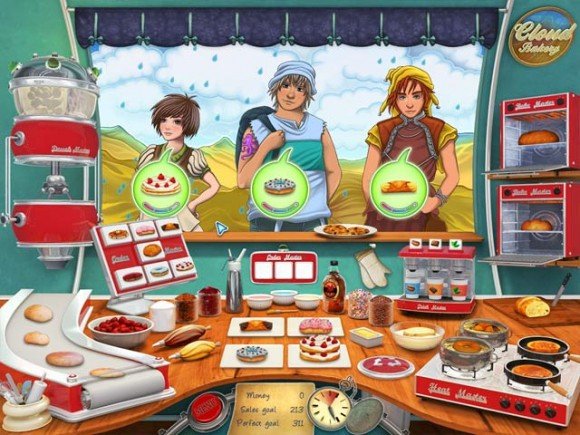 As her grandparents’ bakery faces financial ruin, Fay Cloud decides to set out on the journey of a lifetime! She renovates an old, rickety zeppelin into a fully functioning, flying bakery and takes to the skies! On her journey she meets Reid Wood, a young mechanic. As they visit strange lands together, Fay upgrades her bakery and serves an ever-growing selection of delicious baked goods to eager customers. Help Fay save her grandparents’ bakery in Baking Success, a challenging time-management game filled with the joy of baking! Check out the game here.

The Queen has chosen your sister as her successor, but are her promises too good to be true? You were only six when your mother vanished, leaving you to care for your younger sister, Elizabeth. After she receives an invitation naming her as the Queen’s successor, she pleads with you to join her in her new royal life. All she has to do is pass a simple test to prove her worth. Is this too good to be true, or is your luck finally changing? There are many secrets awaiting you in the Queen’s castle, but the biggest dangers lie beneath the icy mountain passes in Living Legends: Frozen Beauty, a chilling Hidden-Object Adventure game that you can download here.

Get ready for some spine-tingling fun in Build-a-Lot: Mysteries! Work with eccentric members of the Graves Family to build, buy and flip houses in each of their eerie neighborhoods. Look for cryptic clues and earn fun achievements as you unearth the family’s peculiar talents, odd hobbies and questionable pasts. With three campaigns to play, it won’t take long for to you discover that some family secrets can’t stay buried forever. Fans of the series and not only should get the game here. 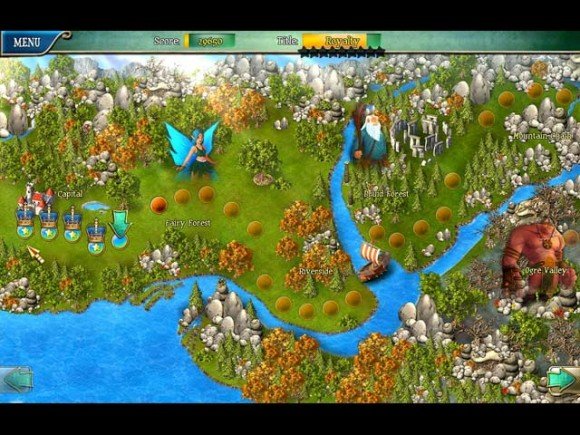 The prophecy has been fulfilled! The day has come when mighty dragons seek new territory to claim as their own! Now, only the most courageous and just of leaders will be able forge a friendship between mankind and dragons. Step into the role of the steadfast and altruistic leader whose quest is to ensure the safety and prosperity of all people and creatures in the kingdom! In Kingdom Tales you will explore the land, gather, produce and trade resources, build and repair subjects’ homes and community structures, and work to increase your subjects’ level of happiness! Along your journey, you will meet druids, forest fairies, trolls, dragons and other exciting creatures while racing against the clock to complete tasks in this gorgeous and fun time management and strategy game! Download the game here.

Haunted Legends: The Curse of Vox 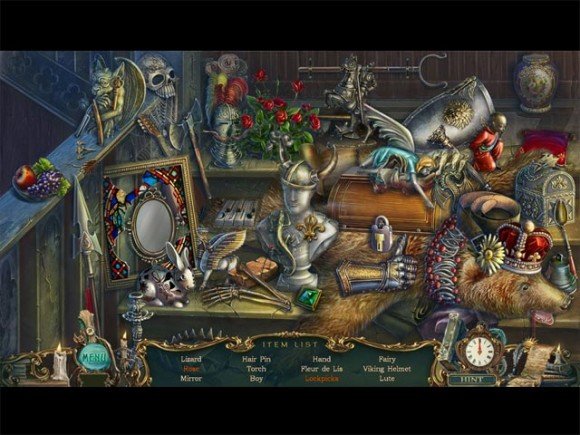 Investigate a house brimming with spirits in Haunted Legends: The Curse of Vox! You couldn’t ignore Silvia Filler’s heartfelt plea for help. The police gave up on her brother’s murder case and you are her only hope. But that’s not the biggest problem at hand… The Filler mansion is currently overrun with the spirits of Sylvia’s ancestors! What brought them back? And what will bring them peace? All questions point to a mysterious book. But as you search for the answers, you realize that you are not alone in your hunt for the book. A mysterious little man is always one step ahead of you… and he’s not playing nice! Track down the murderer and uncover a mysterious legend in this exciting Hidden Object Puzzle Adventure game here. 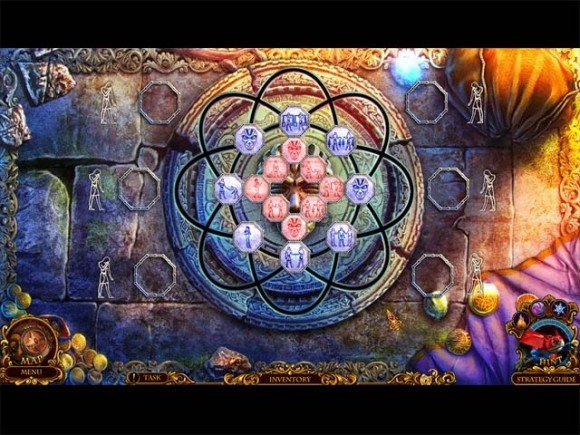 There are screams heard in Silent Hollow… Trouble at the Mystery Trackers headquarters means you’re called in to help. With a few extra abilities, not to mention your trusty sidekick, Elf, you just might save the day! Uncover the treachery of a centuries-old turncoat in this incredible follow-up to the bestselling Mystery Trackers series. Head over to Big Fish Games to check out this title! 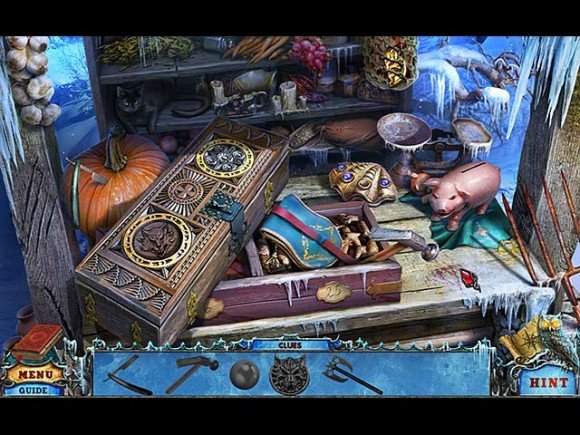 The year is 1866. You’ve travelled for days to reach a castle hidden deep in the Carpathian Mountains only to discover you’ve been asked to join the mysterious League of Light, a secret group dedicated to fighting dark forces. You’ve barely said yes before you’re sent on your first mission, to investigate a beast that is terrorizing the mountain village of Sorrow’s Well. Is this beast real? Who’s behind it? What’s really going on in the Dark Lord’s castle on the hill? No one ever said being in the League would be easy! Face supernatural beasts in the League of Light: Dark Omens, a dark Hidden-Object Puzzle Adventure game available here. 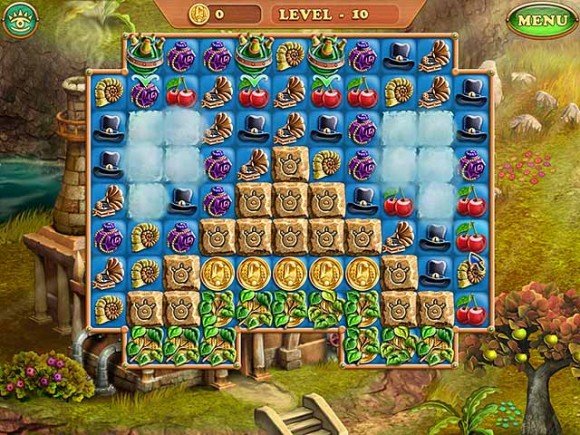 What do you know about ghosts? Are they scary? Do they prefer living in ruins or cemetaries? Of course not! Actually, ghosts are friendly and cheerful, and – yes, they need a place to live. But they can’t build the town by themselves! That’s why they need your help in this new, breathtaking match 3 game with HOGs and puzzles. Click here to download the game. 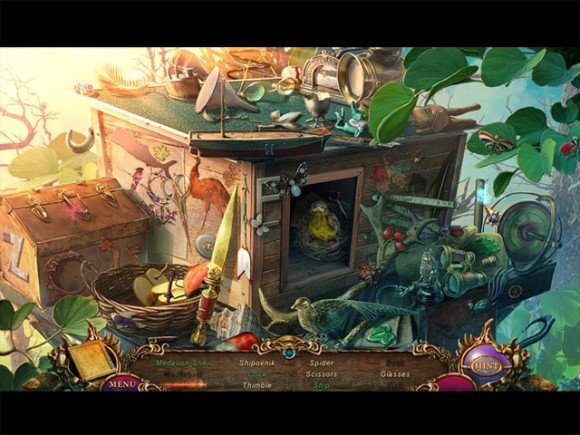 Solve the mystery of a seaside town and uncover your lost memories in Fierce Tales: Marcus’ Memory! After waking up on a deserted beach with no memory of who you are, you set out to find the one person who can help you. But when you arrive at the nearest seaside town, you learn that memory loss isn’t your only problem. The village is buzzing with reports of terrifying “sea people,” and uncovering the truth behind these strange creatures might just be the key to recovering your own lost memories. Hold your breath and dive into this thrilling Hidden Object Adventure game, available here.

And these are the best 10 casual games released throughout the month of July. Make sure you check them out because these are really some hot games we’re talking about!