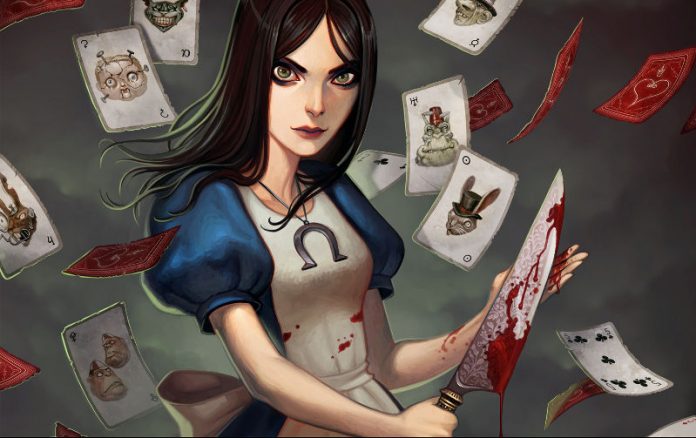 American Mcgee, developer of the Alice and Alice: Madness Returns today posted an Alice related image on his Facebook account as well as asking fans two questions. First, he wants to know if people would be interested in playing a third Alice game if he was able to obtain the rights from EA. Second, he’s interested in the level of interest people would have in backing Alice 3 on Kickstarter. Apparently the answers to these questions will have an impact on a discussion that American Mcgee will have with EA in a few weeks.

Through use of my Sherlock Holmes-esque sleuthing skills, I’ve deduced that Mcgee is interested in continuing the Alice franchise. Last year in an interview with Polygon, he mentioned that he was interested in continuing the Alice franchise, but was met with shrugs by EA due to their unwillingness to “lead in terms of innovation.”. At the time he seemed resigned to EA’s ownership of the IP, but it seems that this has changed.

Mcgee mentioned some ideas he had for another Alice game in the same interview. Mcgee detailed an online game titled Alice in Otherland, that would use episodic content to tell its story. The idea behind this game was giving Alice the ability to enter the minds of other characters to change the landscape around her, as well as impacting the psyche of the characters being inhabited. Mcgee describes this concept as an “MMO where the quests aren’t locations, they’re people.” I’ve reached out to Mcgee to confirm if these concepts will make it into Alice 3.