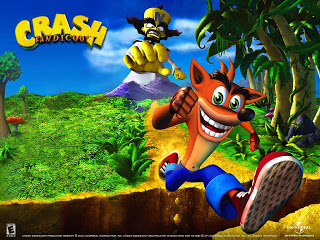 To the dismay of many fans, Activision has told Game Informer that they still own the Crash Bandicoot IP despite the compelling rumors poised by Reddit users last week.

“Activision owns Crash Bandicoot and we continue to explore ways in which we could bring the beloved series back to life,” a representative of the company said.

This comes after rumors were spread online that Sony might have bought Crash and were readying a surprise PS4 return for their beloved first mascot. All information of Crash was removed from Activision’s website, and an interesting photo taken from Sony’s recent PS4 trailer all fueled anticipation and excitement to almost every single Playstation fan that has been crying out for a proper Crash game.

The platforming series was first created by renowned studio Naughty Dog back in the mid 90s, and was the developer’s first game for Sony and Playstation. After four games the IP, which was owned by Universal, was sold off to Activision. A huge dip in quality and relevancy became part of the exchange as Naughty Dog eventually moved on to work on more serious projects such as Jak and Daxter and Uncharted.

Even though this will disappoint many fans, such as myself, there’s still a glimmer of hope as Activision did state their exploring ways to bring back Crash. Hopefully it’ll be sooner than later, this time with an actually good game.