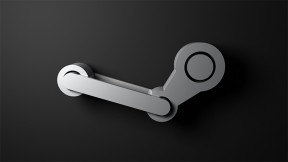 Valve has announced a community-based Steam reviews program that will allow players to essentially criticize any game they have played using Valve’s Steam platform. Users will be able to review any game, (free games and games obtained via Steam Family Sharing are included), rate other players’ reviews based on usefulness, and read up on other players’ reviews. Something along the lines of Amazon’s reviews system.

Interestingly, game developers will also be allowed to interact with fans in a review and will be flagged as official developers. They won’t be allowed to remove reviews however, but will be capable of flagging offensive material for removal. After a review has been written, authors will receive their own reviews page. This will allow users to keep track of their critical work and will make other Steam users looking for insightful authors’ work that much more easier.

These reviews won’t replace Metacritic scores, but Valve is looking to provide an official overall Steam Reviews score for reach title. Valve described this new system has an “evolution” of the Recommendation system first introduced back in 2010. There have been over 7 million recommendations written by Steam users, and they’ll be able to share these if they choose through this new Steam Reviews system.

Anyone looking to write up a review for Steam title needs only to find the game via the Steam store.