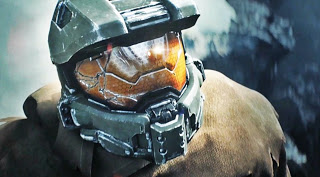 Microsoft had heavily considered releasing a new Halo game as a launch title for the company’s new system, the Xbox One. In an interview with Kotaku, Microsoft Studios corporate VP Phil Harrison explained that if this were to be possible, it would have come at the expense of Halo 4 for the Xbox 360.

“A couple of years ago we had the discussion of: ‘Should we do Halo at launch and not do Halo 4 last year?'” Spencer said. “But I was committed to getting Halo 4 done last year, and there was no way we were going to turn around with 343 a full Halo game in a year. So that was the plan we set on. I feel good about that.”

Spencer went on explaining that if a “true” Halo game were to be a launch title this would have forced the project to start 2-3 years in advance; something the company and developer 343 Industries weren’t willing to do.

“We had the discussion, and we thought having Halo 4 come out when it came out from 343 and having them really land their first full version of Halo that they developed internally would be great for the 360 customers, great for 343 in shipping something,” he said.

If a Halo game were to be available at launch, it would have been the first time since the original Halo: Combat Evolved debuted alongside the first Xbox. Demand for the Xbox One will undoubtedly have been skyrocketed with a day one Halo title. But Microsoft did state that the game will be ready by Fall 2014.

Another thing to note would be the creative freedom 343 will have with this new title, seeing as Halo 4 was a more traditional and safer approach to the series due to Bungie’s departure.