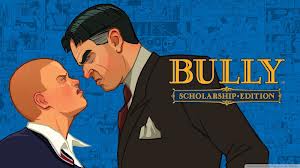 The original game was released in 2006 on PlayStation 2, and under the name Canis Canem Edit in Europe following controversy over the title ‘Bully’, before being released on the Wii and Xbox 360 in 2008.

The game was set in the fictional school Bullworth Academy as you played as troubled pupil Jimmy Hopkins as he tries to navigate his way through the school, taking on different ‘societies’ as he goes along, and was the only game in the series.

The new name was registered on the 20th November at the EU trademark office, and was spotted by JunkieMonkeys (reported on by OXM) and comes complete with the Bullworth Academy logo with the schools’ motto of Canis Canem Edit. Therefore it seems likely with the two together that something is planned for the franchise in the future.

In the US, Take-Two had filed an application to update their current trademark of the Bully name on the 25th July.

It may not be completely surprising if another sequel is in development. With GTA V out of the way it would make sense to give another franchise some focus.

Last month there was a number of rumours which circulated after a CV was discovered back in October that Rockstar had been working on “the next version of a famous IP” that had been in development since 2010. Whether the trademark is linked to this in some way is up for interpretation, but I for one will be happy to see the return of Bully.

Are you excited for the return of Bully? What other game of Rockstars’ would you like to see a sequel to? Are you wanting to return to detective work for LA Noire, or roam around the west again in another Red Dead?