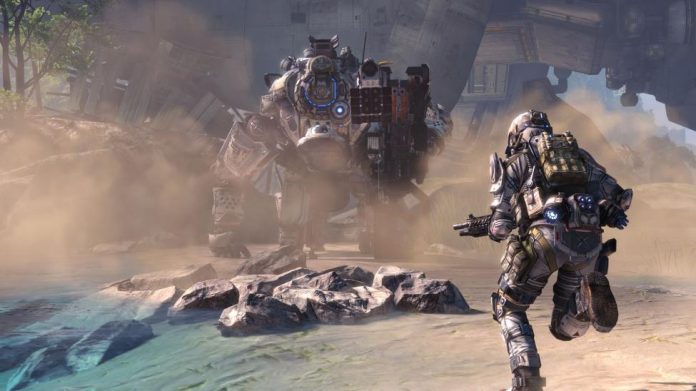 The sequel to Titanfall will be a multiplatform title, developer Respawn has announced.

EA had previously hinted that the sequel would expand its horizons, and Respawn CEO Vince Zampella confirmed the news to IGN. The site states the game will see a release on PS4, Xbox One and PC.

“I guess EA announced a sequel, so I could play coy and pretend I don’t know anything about it, or… yeah. So we’re working on a sequel.” Zampella told IGN. “No official name yet, but we’re working on that. That’s the main focus but we’re starting up a second team and doing some smaller stuff too. Small, exploratory, taking it slow! It’ll be multiplatform.”

Zampella did not say whether the team will be including a single-player focus to parts of the next Titanfall. The goal of the original was to create a good multiplayer-only game, which he said: “I wouldn’t have done it differently.” However, he did say that it was difficult to introduce some of the single-player aspects and that “we haven’t figured it out yet.”

One thing that he did say he wanted to change was the structure of the DLC. Zampella looked towards the direction taken by Turtle Rock with Evolve and make the maps free to all players.

“I think that’s a fantastic way to do it,” he said. “I think having the maps like that in packs, it does split the community and it makes it harder for matchmaking, it’s messy. Yeah. I don’t know we won’t do it again, I can’t say that for sure, but the idea would be to do something different.”