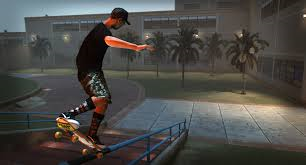 Tony Hawk has announced that he is work on another game in his skating series.

The professional skater revealed the news during his US radio show yesterday, simply stating that “we are working on a game” following up with “it’s pretty cool.”

The news was confirmed by Activision, who posted in a statement that “We can confirm that they have something in the works with Tony Hawk.

Whether the game will continue in the Tony Hawk’s Pro Skater vein or take a different approach is anybody’s guess at the moment.

Tony Hawk’s first game was released back in 1999 and became a regular yearly fixture in the games calendar up until 2010, when Activision announced they would not be releasing another game in the series in 2011. The decision to rest it followed a rather unsuccessful venture into the use of a skateboard peripheral which was widely panned, coupled with the 2010 entry Tony Hawk’s Shred suffering poor sales in 2010.

The latest game to be released in the franchise was Tony Hawk’s Pro Skater HD in 2012, which saw the original PSone game given a HD upgrade whilst integrating some of the features introduced in later entries.

It is unknown whether the Robomodo, developer for the HD release, will be involved in the new project.

What are your thoughts on the franchise getting its return to consoles? Which type would you prefer to see make a comeback, be it Pro Skater, the Underground era or would you rather something completely different?